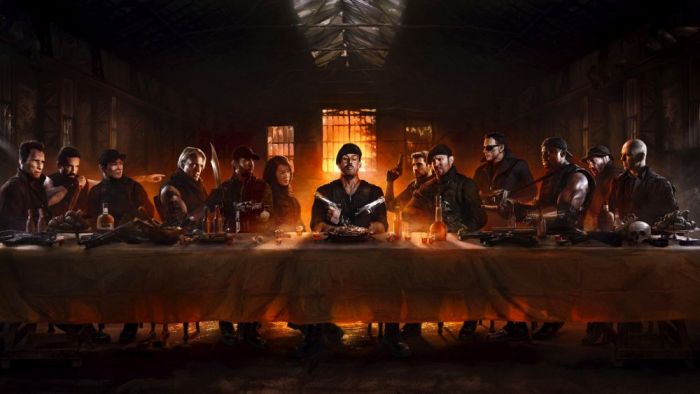 If you are walking in to The Expendables 2 expecting witty dialogue, in depth characterisation and oscar-worthy performances then I suggest you turn around and run out of the theatre as fast as you can. For the rest of you (more realistic) cinema-goers, Expendables 2 delivers what everyone wanted from the first movie. Explosions? Check. High bodycount? Check. Groan-worthy one-liners? Check, check and check. The entire 103 minutes of running time is pretty much balls-to-the-wall non-stop action scenes with a stammering of character interaction to link them together.

Stallone, Statham, Lundgren, Jet Li, Terry Crews and Randy Couture are all back as the ruthless mercenary team, bringing along with them new additions Liam Hemsworth (Thor’s little brother) and Yu Nan. From the opening act right through to the final airport scene, you can tell that the director and the scriptwriters are not holding back on the gore and mayhem.

Also along for the ride are Arnold Schwarzenegger, Bruce Willis, Van Damme and Chuck Norris (Who plays upon his internet popularity with one of the best lines in the movie). It’s great to see these 80’s macho men back on screen, and Van Damme in particular shows that he’s still very much a kick-boxing baddass.

THe film knows the demographic it’s aiming for. and doesn’t pretend to be anything else than a vehicle for testosterone. Indeed, some of the weakest scenes in the movie come when Hemsworth is relating an emotional story, or when Stallone tries to deliver a grief-filled eulogy. But when all the attempt at melodrama is left at the wayside, Expendables 2 really delivers.

If you’re an action fan, do yourself a favour and check this movie out.

P.S. A little trivia, Dolph Lundgren actually holds a Masters in Chemical Engineering, a fact that is made fun of in the movie 🙂