In a world where the movie-goer can be entertained by Caped Crusaders, Web-Crawlers and Cranky Canucks, I personally believe that it was 2008’s Iron Man that really brought super-heroes to the mainstream consciousness, and kick-started the surge of movies that we see today.

Helmed by Jon Favreau, the journey of Tony Stark (Robert Downey Jnr.) from playboy millionaire to Shell-head, was just the right mix of humour and kick-assery to capture the imagination of the masses. And in Robert Downey, the studios had the perfect Tony Stark, oozing confidence, charm and likeability that instantly resonated with the public. 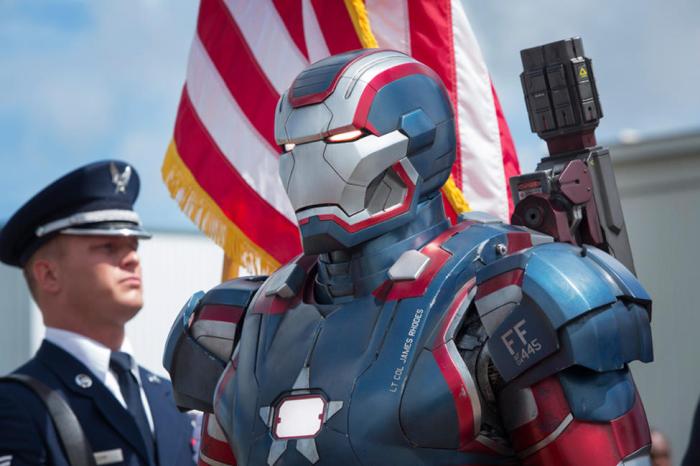 The second movie however tried to cram a little too much into the story. This coupled with a Tony Stark that upped the smirk factor failed to capture lighting in a bottle once again.

So how does the third movie fare? Did it recreate the magic of the first movie, or was it more like the lesser sequel? Well, I’m not going to lie to you. This movie was awesomesauce.

Taking over the directing reigns this time round is Shane Black (the guy behind Lethal Weapon and Kiss, Kiss, Bang, Bang). Bringing with him a fresh new take, there is just the right element of character beats, action and humour that made the first film such a fun experience. In fact I’d even go as far as to say that the third instalment even manages to better the first.

The movie begins with a different Tony from the one we had seen before. Suffering from post-traumatic stress and anxiety after the events in the Avengers, he is constantly on guard against attack and worried for the one’s he loves. The Iron Man armour has become a crutch that Tony turns to, almost becoming an addiction.

We also get introduced at the beginning of the movie, via flashback, to Maya Hansen (Rebecca Hall), a beautiful scientist working on research into the human genome and Aldrich Killian (Guy Pearce), another physically disabled scientist working in the same field as Maya, with a brilliant mind but multiple physical disabilities. Stark eventually ends up sleeping with one of them but I’ll leave it to you to guess which one. Back in present day, the consequences of his interactions with the two have a direct impact on Tony and his friends. Hall does a serviceable job in her role, but it is Pearce that really has a presence on screen, playing on the twists and turns of his nuanced role. 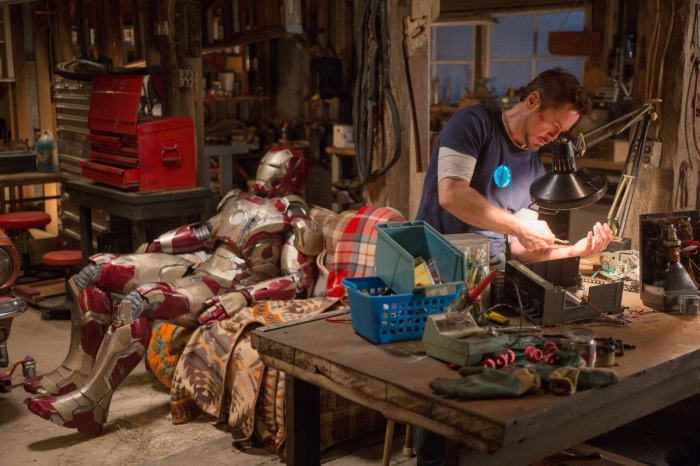 Also thrown into the mix is a terrorist, The Mandarin played by Ben Kingsley. Spreading chaos and fear with violent attacks, that endanger the lives of Stark’s friends, it is the Mandarin that revitalises Stark and gives him some purpose. Without giving too much away, Kingsley absolutely steals the show whenever he gets on screen, and he plays the over-the-top character with an energy that is thoroughly entertaining to watch.

Another fun element that to watch is the dynamic with James Rhodes (Don Cheadle) and Tony Stark. The buddy element is ramped up here, and I found Rhodes much more relatable compared to the last two movies. Shane Black is not afraid to ramp up the comedy, and Don Cheadle seems to relish to the chance to elicit a few laughs. In fact I wouldn’t be surprised if there was a War Machine (Or Iron Patriot as he is called in this movie) spin-off in the works. 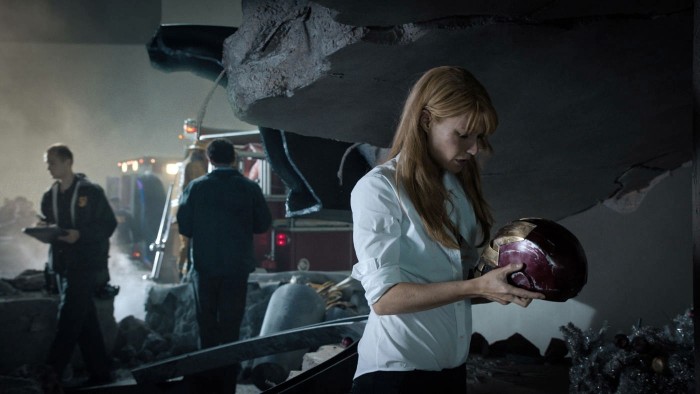 Now all the humour and characterisation would be nothing if there weren’t a lot of explosions and things going bang, and on that front Iron Man 3 definitely delivers. With crazy stunts involving the rescuing of dozen of free-falling civilians plummeting from a plane, to the total destruction of Stark’s home, there is plenty of adrenaline filled moments in the movie. And if you got excited seeing the multiple Iron Men at the end of the trailer, you ain’t seen nothing yet. Watching the numerous versions of the suits flying all over the screen was an amazing sight, and had my inner fan boy jumping for joy.

I could go on and on about the movie, but I think you should just go watch it for yourself. And make sure you stay to watch the scene at the end of the credits too 🙂