It’s hard to find a kid who didn’t grow up watching Disney. Snow White, Pinocchio, The Little Mermaid, these are all films that have seeped into our collective consciousness, their songs ingrained in our minds, popping up at the randomest moments. Indeed a lot of my generation and the generations after owe a lot of their sense of magic and wonder to good old Walt.

Well now another Disney fairy tale has come along to be added to the pantheon of animated masterpieces from the House that Mickey built. Frozen easily recaptures the heart-warming legacy of Aladdin, The Lion King and Beauty and the Beast.

The tale, based on Hans Christian Anderson’s The Snow Queen, follows two princess sisters, Elsa and Anna. Elsa is blessed (or cursed depending on your point of view) with the power to create snow and ice, and uses this power whilst playing games with her younger sister. But after an almost fatal accident, she chooses to hide her powers away in order to keep her sister safe.

The story shows the relationship of the sisters as they grow up but really kicks into gear when Elsa accidentally freezes the entire land in endless winter. Elsa runs away as the town accuses her of sorcery and it’s up to Anna, and the companions she befriends, to try and bring Elsa back and remove the spell.

As with any Disney movie, the film visually just pops. The colours are vibrant and the animation just flows, with breath-taking scenery providing a feast for the eyes. But it’s not just the animation that makes this movie great, it’s also the colourful characters that make up the story. Aside from Anna and Elsa, we also meet ice-delivery man Kristoff and his reindeer Sven. Both these characters have a charm about them that make them instantly likeable, but the real scene-stealer is Olaf, the magical snowman. Whenever Olaf is on-screen you will be guaranteed to laugh. 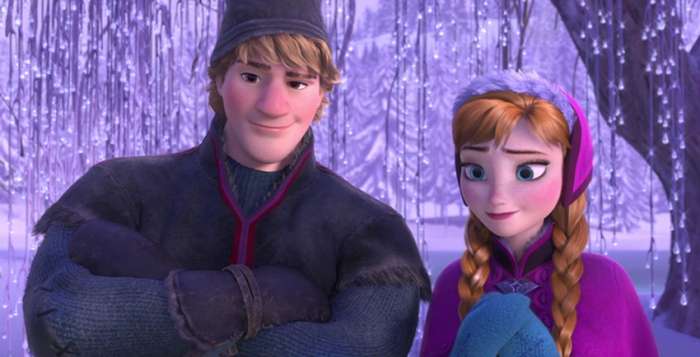 No Disney film would be complete without songs, and Frozen is no exception. In the tradition of the Lion King, the musical numbers will be stuck in your head long after the movie is over, and the powerful “Let It Go” is a shoe-in for an Oscar nomination.

As you can tell, I loved the movie and give it a 9 out of 10. If you get a chance, definitely check Frozen out this Christmas and prepare yourself for a fun ride 🙂