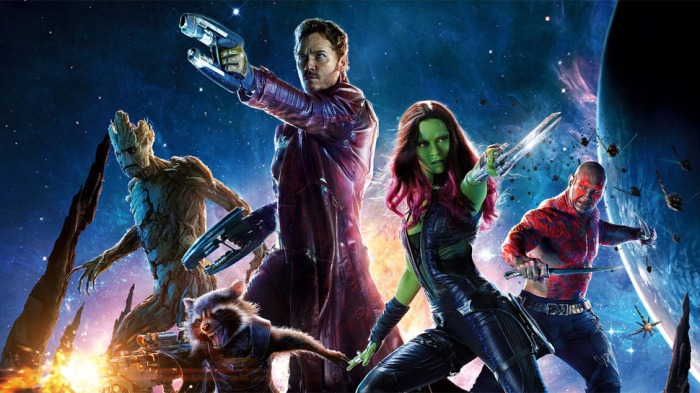 I’m not going to lie. I’ve been looking forward to this movie ever since I heard it was going to be made. As titbits of casting news and story details were slowly revealed, my excitement steadily grew, with the trailers building the hype up to such a frenzy that I began to worry there was no way that Guardians could live up to its potential. I mean this is a story about a relatively unknown group of heroes that features a walking tree and a talking racoon. There was so much that could go wrong…

…but, by golly, boy did they get it right.

Anytime you can watch a sci-fi film mixed with the upbeat musical stylings of the Jackson 5, you know you’re in for something special. Much like the eclectic group of rag-tag misfits that make up the core group in this film, the movie is such a mix of genres, throwing in a bit of Star Wars, with a pinch of Indiana Jones and even a hint of the A-Team, all set to a backing track of music from the 70’s and 80’s, which combine perfectly to give you oh so much awesomesauce. 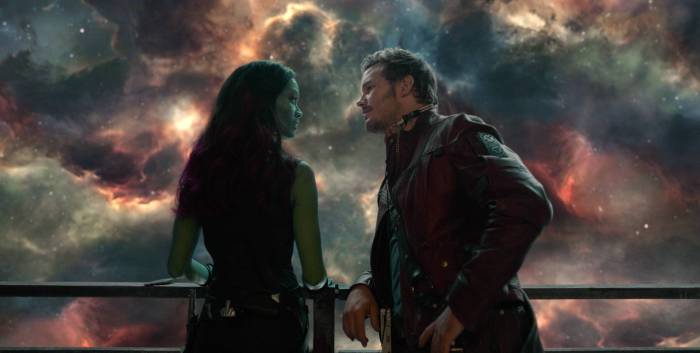 There are so many stellar performances, that it is hard to know where to start. Chris Pratt, as Peter Quill (or Star-Lord to his friends), exudes the cocky charm and swagger that made Harrison Ford such a great leading man, and is perfectly at ease with both the dramatic aspects of the role as well as when he’s throwing out quippy one-liners. Zoe Saldana, as the cold steely eyed Gamora, is a great counterpoint to Quill’s cocksure attitude and her almost emotionless demeanour serves a balance to the zaniness that Pratt brings onscreen. Also tagging along are Groot (Vin Diesel) and Rocket Raccoon (Bradley Cooper). For a character that only says three words the entire movie, you will be hard-pressed not to fall in love with Groot, the sentient tree acting as a bodyguard to Rocket. And for all his bluster and bravado, Cooper manages to bring a likeability to Rocket, which audiences will instantly warm up to. But one of the real standout performances and surprises comes from Dave Bautista as Drax the Destroyer. The wrestler turned actor has some of the best lines in the movie with such great timing and deadpan delivery that he left the audience in stitches whenever he was onscreen.

The truly amazing thing about this movie is that even though this is a jam-packed story moving at a breakneck pace, director James Gunn still manages to flesh out the back stories of the protagonists, developing moments and forging connections between each of them, so when the Galaxies Unlikeliest Heroes do eventually assemble, it doesn’t feel forced but rather just the most natural flow of events. This also goes a long way to build rapport between the central group and the audience.

While the villians in the movie are suitably evil and well served with Lee Pace playing Ronin the Accuser with just the right amount of crazy, and Nebula (Karen Gillian) being pretty bad-ass, at the end of the day the focus of the story is on the Guardians and the villains are just part of the framework that introduces us to the heroes. 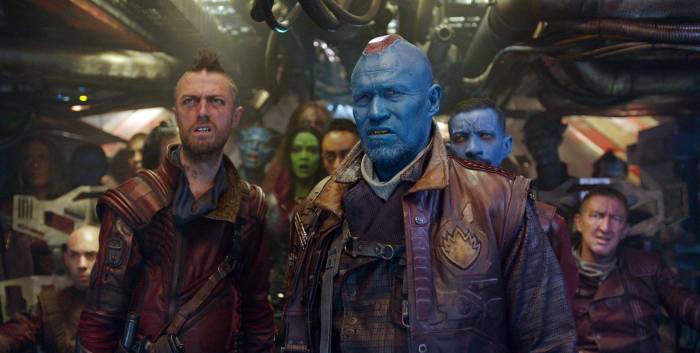 This is easily one of the riskiest, funniest and vibrant movies that Marvel has made. The colours pop off the screen, the backing track makes you tap your feet and it throws so many curveballs at the audience that you never know what to expect (dance-off anyone?). The dialogue is clever and never falls into the trap of heavy-handed exposition and I guarantee that this will be one of the more quotable movies this year.

There is only one complaint I would make about the film, and that’s the fact that the audience was laughing so much that I sometimes couldn’t hear the dialogue. Oh well I guess I am going to have to go watch the movie again and again.

I’m sure that people need no encouragement to go watch this flick, but I am going to do it anyway. Go watch it. Do it now. You can thank me later.