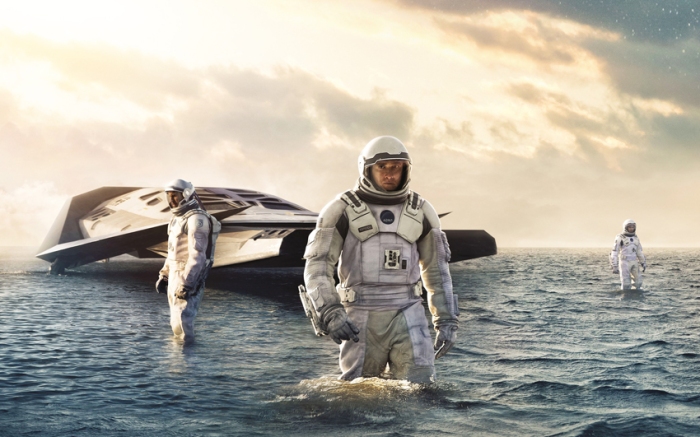 It’s not very often that the culmination of a movie leaves you with your heart pounding, speechless and almost gasping for breath, but as the credits rolled for Interstellar, that is pretty much how I felt. My mind trying to comprehend the ideas, both scientific and spiritual, that had been flung at me, my ears still taking the amazing intensity of the score and just reveling in the visual deliciousness I had seen on-screen.

In case, you couldn’t tell, I loved the Sci-Fi epic.

The premise of the film revolves around Cooper (Matthew McConaughey), who makes the decision to journey to the unknown regions space in an attempt to save his family and humanity from extinction. That is a fairly broad summary but to reveal any more of the story would be a disservice to anyone wanting to experience the twists and turns of the movie for themselves.

Nolan has always been a technical genius, utilising as many practical effects as he can, which translates to an almost palpable feeling of authenticity that other movies, with an over-reliance of CG, just can’t match. Add to this the heightened emotions that Nolan’s films always deliver, and what you end up with is a knock-out punch that is delivered to the audience that is almost too much to take in. There were moments in the movie that were just so intense that I found myself unconsciously grasping at the arm-rest as if seeking reprieve from the scenes unfolding before me. This was truly an experience, and I urge you to see this in the theatres if you can to enjoy the total world that Nolan has crafted. 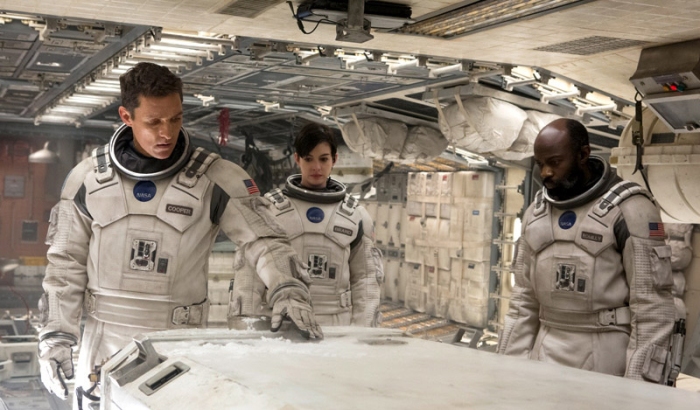 To aid in telling the story, Nolan has once again enlisted the help of Hans Zimmer, but his score is so different from his previous works that I would challenge you to identify the composer just by listening to the score. The music almost adds another dimension (pardon the pun) to the film, taking the intensity that is already being presented to you, and dialing it up to 11. It’s not a score I would necessarily listen to on it’s on, but when viewed with the film, it’s a work of art in its own right.

While the actors in the film (which included Anne Hathaway, Michael Caine, Jessica Chastain and Casey Affleck) did a commendable job, my favourite characters were not even human. Yes, I felt the deepest bond towards TARS and CASE, multi-purpose robots that pretty much stole the show. This is not a disparagement to McConaughey and the rest of the actors, but rather a compliment to the way the robots were depicted. Aside from being unbelievably cool, each robot was given a distinct personality that made it hard not to become attached to them. Here’s hoping that someone out there is inspired to make a real-life TARS. 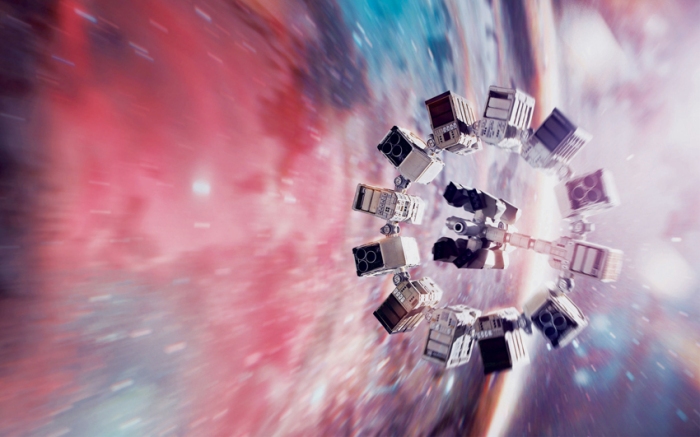 On a side note, much has been made of the “science” in Interstellar, with many articles poking holes in its accuracy. While this may be true I personally view the film as a piece of Science Fiction and not as a documentary. If the story is enjoyable, I am willing to forgive artistic liberties being taken with the science.

It may not be for all audiences but Interstellar ticked all of my boxes and I give it an 8 out of 10.