I can still remember the excitement and the sheer wonder I felt when I saw the first dinosaur in Jurassic Park. Much like Alan Grant and Ellie Sattler, I felt utter disbelief at what was unfolding before my eyes, with John Williams’ unforgettable score perfectly capturing the majesty and awe of the moment. Even now, 22 years later I can’t watch that scene without my hair standing on ending and getting Goosebumps. This was the moment that told the audience that Jurassic Park was something special, and it paved way for the computer generated wizardry that is now part of the Hollywood experience. Welcome to Jurassic Park indeed. 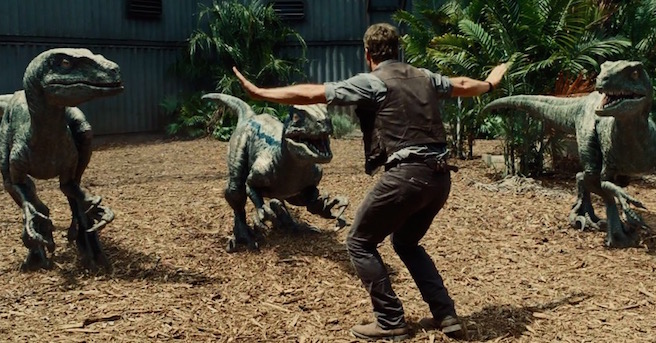 Unfortunately the magic that was inherent in the first Jurassic Park was sorely missing from its sequels. Where the first film was basically a horror movie with action adventure trappings, the films that followed it just tried to rely solely on more action and more dinos, but as great as the CG in the first movie was, it was the story and the characters that really sold the premise of the dino theme-park, and no amount of whiz bang effects could replace them. (And the less said about gymnastic children hitting raptors out of windows the better.)

So how do you make a follow-up to such a successful movie? Well, that’s where Jurassic World comes in. Ignoring the existence of the previous two sequels, this film is set 22 years after the events of Jurassic Park. John Hammond’s dream has been realised, and Jurassic World is now a major attraction drawing thousands of visitors. However, as society is often wont to do, dinosaurs are now so commonplace they have lost their appeal, and the theme-park’s management decides to create a new genetic hybrid dinosaur to win back the attention of the crowds. As you can imagine, this does not end well.

While the sequel doesn’t quite reach the heady heights of its predecessor, it does an admirable job of entertaining the audience. The story keeps to the themes of the original, with man playing God and driven by greed and ambition without any thought about the consequences of their actions. At the same time, it doesn’t delve too deeply into these, choosing instead to be pure popcorn fun that knows not to take itself too seriously but at the same time being respectful of the material on which it is based. There are confusing choices the characters make in the film purely to drive the plot along but I am willing to overlook this as they do not really impair the overall experience of the film.

The story is shown to us through the eyes of two brothers, Gray and Zach Mitchell, played by Ty Simpkins and Nick Robinson respectively. They provide a lot of the exposition in the movie and sometimes do come across a little cheesy. Chris Pratt as Owen Brady has the charming leading man gig down pat. His laidback attitude and natural charisma make him easy to root for, a fact that is often alluded to by other characters in the film. Bryce Dallas Howard plays Claire Dearing, the park’s operations manager. Starting off as a stodgy, by-the-numbers, married to her work kind of person, she undergoes quite a transformation during the movie, discovering her inner drive over the course of the calamitous events that befall the park. Dr. Henry Wu, played by B.D. Wong, is the only returning character to the franchise, and somehow over the last 20 years he has become almost fanatical in his drive to create the perfect dinosaur. Add to the fact that his motivations also stem from greed, you could almost look at this character as the Dennis Nedry of the film. Vincent D’Onofrio’s character Hoskins chews the scenery whenever he’s onscreen, and you almost expect him to twirl his moustache whenever you see him. Irrfan Khan as Simon Masrani, the CEO of Jurassic World, and Jake Johnson as Lowery bring humour to the film but I feel they could have easily been removed from the film without too much loss.

Updated effects and expanded scope do bring the franchise into the modern era, but the film also manages to embed a few throwbacks to the first movie without seeming shoe-horned in. As a fan, I appreciated the little Easter eggs, which also helped create a few more connections to the original. It is a testament to the CG wizards of the original Jurassic Park that the effects here don’t seem to be that much of an improvement from the original film. That is not to say that the visual effects aren’t amazing, they are, but the first film’s special effects were simply ahead of their time.

Of course I would be remiss if I didn’t mention the score. John Williams couldn’t return to compose the music for the film (he was busy with some small indie flick about a star war or something), so the filmmakers placed scoring duties in the capable hands of Michael Giacchino. Mixing his own themes amidst the iconic Jurassic Park score, the music served as a great backdrop to the fun taking place onscreen. 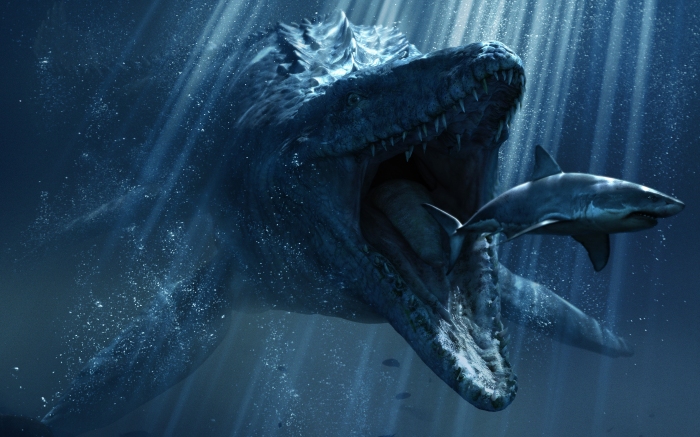 I found Jurassic World to be a fun piece of entertainment and the end definitely sets itself up for a sequel, and if the box-office results are any indication, this franchise has been given the shot in the arm it desperately needed, and it looks like it’s here to stay.