A dystopian future, where the world is bleak, littered with scrap and where machines rule… But enough about Wall-E, let’s talk about Terminator Genisys.

Genisys is yet another film that hops onto the Hollywood trend of selective sequels, choosing to take place after Terminator 2: Judgement Day and ignoring the events that occurred in T3: Rise of the Machines and Terminator Salvation. Not that I blame them. The last two sequels were nothing to write home about and got panned by both viewers and critics alike.

As you may know, the premise of the original movie had a cyborg Terminator, the T-800, sent back in time to kill Sarah Connor and a human resistance fighter, Kyle Reese, sent back to protect her. This is also the starting point of Genisys, however this time we get to see the events that take place just before the T-800 (Arnold Schwarzenegger) and Kyle Reese (Jai Courtney) are sent back to 1984. Once we arrive in that time, things quickly diverge from the first movie. Sarah Connor (Emilia Clarke) is no longer a mild-mannered waitress, but rather a battle-hardened warrior who has been raised and trained from the age of 9 by another Terminator who had been sent to her past. The story continues with the quest to destroy Skynet, the artificial intelligence that created the Terminators, and see our protagonists jumping through time on multiple occasions to defeat the AI before Judgement Day. Also throw in another menacing T-1000 in the form of Byung-hun Lee and you have all the elements for a great movie.

Well…yes and no. The new entry into the series does make a valiant attempt at continuing the Terminator legacy, but it never manages to get there.

First, let’s talk about what works in the film. There are quite a few interesting story elements in the script that add a new take to the franchise. The action scenes (and there are a lot of them) are well shot and have enough bang for their buck to satisfy most fans. Schwarzenegger slips back into the Terminator role, once again playing the cyborg with ease, and again making you feel an attachment to his character, quite an accomplishment considering that he is supposed to be an emotionless killer robot. Byung-hun Lee’s T-1000 is also a terrific antagonist, with the warping and liquefying of the Terminator used in fun new ways that would make Robert Patrick proud. The T-1000 effects alone shows how much CG has advanced since the time of T2: Judgement Day.

Speaking of CG, the effects used to create a young Arnold Schwarzenegger are amazing, and the film-makers know it too, zooming in on his face to show every life-like pore and imperfection on his skin. There are a few scenes where the older Schwarzenegger is fighting a younger version of himself, and never did I feel disbelief at the action taking place before me.

While the score for the movie has some recognisable beats from the original Terminator, the rest of the background music is pretty forgettable. In fact, that statement could be said about the rest of the characters in the film as well.

Emilia Clarke is a pretty good actress, as she has proven on Game of Thrones, but unfortunately she doesn’t hold a candle to Linda Hamilton’s portrayal of Sarah Connor. Where Hamilton’s Connor is believable as a fighter rallying against the machines, Clarke just comes off as too young to play the part, and seems more like a spoilt teenager than someone who could protect herself against a Terminator. Jai Courtney is serviceable in the role of Reese, but that’s just it. He’s fine, not great and doesn’t stand out in any way. When two of your film’s leads don’t have what it takes to elevate their roles, you have a problem. Not to mention that the two don’t have any sort of believable chemistry with each other.

J.K Simmons plays a supporting character called O’Brien that doesn’t really do much for the story and could easily have been removed without any loss to the film. The same can be said of Courtney B. Vance’s Miles Dyson. Apart from being included as a call-back to the previous Terminator films, his character serves no purpose in the movie’s arc. Jason Clarke as John Connor is another victim of a mediocre performance. Both he and Jai Courtney have some great screen time together at the beginning of the movie but in the later scenes he comes off rather flat, which could be due partly to the transformation that his character goes through.

Another factor that hurt the movie is its marketing campaign. For one reason or another, the marketing team decided to reveal one of the biggest twists in the movie in its final trailer, which is a shame because if I hadn’t known about it, it really would have been quite a shocker. As it was, I knew it was coming and the scene didn’t pack the punch it was supposed to. So too with the smaller reveal that Byung-hun Lee’s character was the T-1000. This would have been a nice little surprise if we hadn’t seen it in the trailer already. 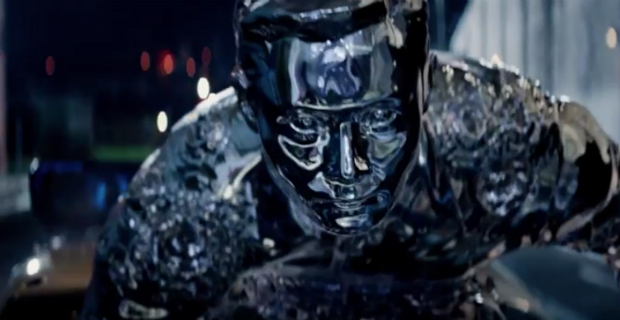 I did like certain elements of the movie, but I don’t think it’s worth a trip to the cinemas to see it. I suggest you hold off and wait for the digital download.