The Mission Impossible Franchise is the little engine that could. Who knew that it would be still be going strong after four films in the series?

The latest addition, Rogue Nation, takes place directly after the events of Ghost Protocol. It finds the Impossible Mission Force (IMF) disbanded, with Tom Cruise and the rest of his team pitted against the Syndicate, a group of highly trained special agents, led by former British Intelligence Operative Solomon Lane (Sean Harris) that are hell-bent on causing anarchy through a series of terrorist attacks. Joined by a British agent, Ilsa Faust (Rebecca Ferguson), it is up to Ethan and his team to bring this Rogue Nation down and clear the name of the IMF. 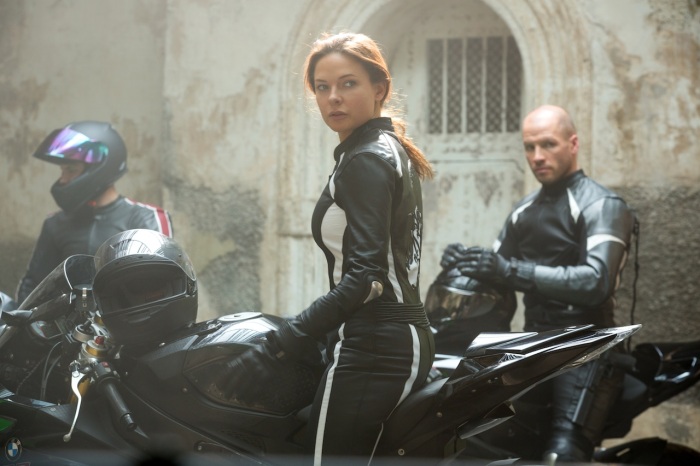 Rogue Nation, much like the films that came before it, rides the line between the super seriousness of the Bourne films, and the campy humour of the old Bond movies. It’s this balance that seems to click with the audience, providing beautifully choreographed action sequences galore but, when things start becoming too tense, throwing in a quip or joke to lighten the mood. There’s a lot of spy gobbledygook and evil machinations thrown around for the sake of the plot, but the script and the actors know not to take themselves too seriously.

The pull of the MI franchise has mainly focused on the slick ways the IMF teams infiltrate their targets, with their Ocean 11 styled capers, the high-tech gadgets they employ and the myriad of ways Tom Cruise tries to kill himself for the sake of entertainment. Rouge Nation delivers on that front, with a few action set-pieces that will have you on the edge of your seat as Cruise puts his body through some physically demanding stunts (including the much advertised hanging off a plane scene), all the while racing against the clock to get to the final outcome.

Cruise has done this role so many times that he practically exudes the essence of a super-spy. That doesn’t mean that it gets repetitive. You can feel the passion the 53 year old has for the role of Ethan Hunt, and you can’t help be energized watching him on screen taking a beating or pulling off some insane gymnastic feat.

Simon Pegg, Jeremy Renner and Ving Rhames have reduced roles in the film compared to MI4, acting as more supporting characters and comic relief. It’s a bit of a shame, since at one point Renner was pegged to take over the franchise from Cruise, but I guess that isn’t the case any more. While the three actors make the most of what they are given. I did find Simon Pegg’s shtick a little annoying.

Once again we have a new female lead in the form of Rebecca Ferguson. This lady not only oozes sex appeal but is no slouch when it comes to pulling off the multiple hand to hand combat moves required in the situations her character finds herself in. She is totally believable as a femme fatale, someone who could kill you without batting an eye and look good while doing it. She’s a welcome addition to the team and I hope we get to see her in future MI films.

All in all, MI5 was another enjoyable romp in the franchise that shows no signs of self-destructing, proving yet again that Cruise still has what it takes to draw a crowd and keep them entertained.

I give Mission Impossible: Rogue Nation a 7 out of 10.