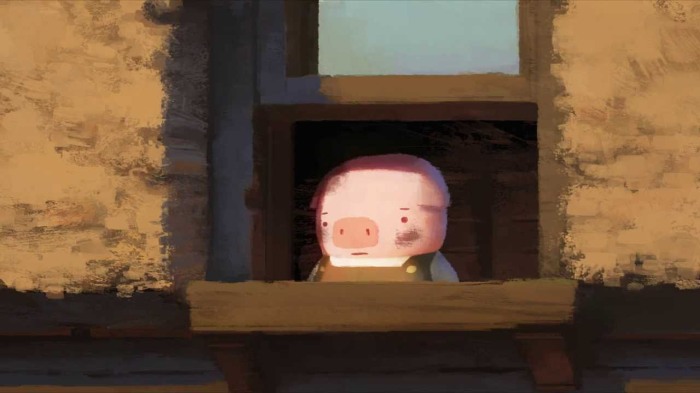 The Dam Keeper is a short animated film directed by ex-Pixar art directors Robert Kondo and Daisuke Tsutsumi. It focuses on a lonely young pig who lives in a windmill. The windmill sits on top of a dam at the edge of a town and blows away a dark fog that is constantly on the verge of coming over the dam. Every day, Pig winds the windmill to keep it working, just like his father and all the Dam Keepers before him. Though Pig manages to keep the darkness away from the town, he cannot keep darkness from entering his life as he is bullied by the other kids in the town, and the rest of the townsfolk looking down on the dirty little Pig. This all changes when he makes a friend with new class-mate, Fox. 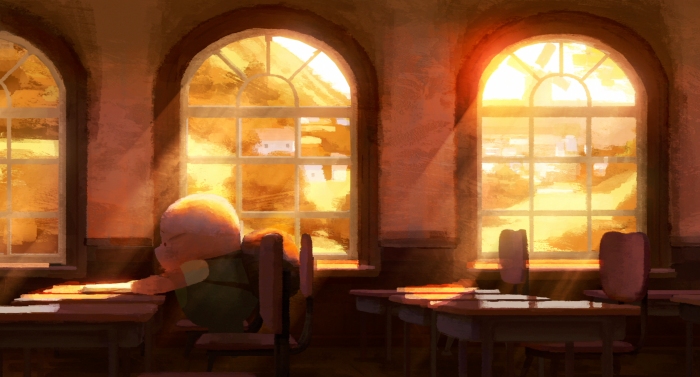 I didn’t know much about this short when I started watching it. I had heard about it whilst reading an article online, and the teaser image intrigued me enough to want to find out more, and I’m glad I did.

At a running time of 18 minutes, the Dam Keeper is poignant, short and succinctly told. Most of the story is conveyed through the beautiful animation, that looks partly watercolour, partly computer generated, but do not be fooled, this is a 100 percent hand-drawn creation.

Pig is wonderfully animated, being instantly cute and adorable. So endearing is his design, that your heart breaks watching the silent struggle that he endures on a daily basis, the bullying he faces and the loneliness that surrounds him at school. What happened to his family remains a mystery, and part of you wishes that you could be there for him, to provide the support and warmth Pig so desperately craves. But even through the adversity that Pig faces constantly, he soldiers on, carrying out the task of protecting his town, an unthanked but necessary guardian.

The beauty of the animation is easily matched by the film’s score. Emotionally evocative, the sadness that Pig faces is perfectly conveyed by the soft, introspective music, often the only sound heard in scenes bereft of dialogue. As beautiful as the score and animation are, the themes that the film conveys show us the ugly side of human nature, and may also bring up memories of our own childhood where we may have faced similar situations. While the film does take us to the lowest lows, the moments when Pig and Fox establish their friendship, their laughter filling the soundtrack, these moments cut through the dark themes like rays of light, giving us hope that Pig is finally finding the happiness he deserves. 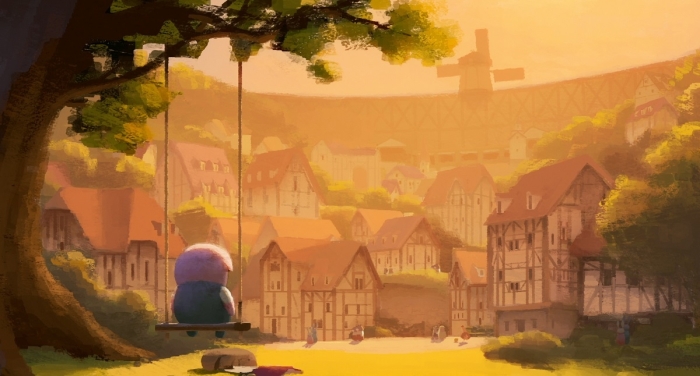 Kondo and Tsutsumi have managed to do in 18 minutes, what a lot of film-makers would struggle to do within a full-length movie. With minimal dialogue and expertly crafted scenes, they have created a world that we would love to know more about. There are a lot of unanswered questions left at the end of the film, but hopefully this means that there are more stories about this interesting land that are yet to come.

If you are in the mood for a story that will pull at your heart-strings, I suggest you check out the Dam Keeper.