I’ve always been a fan of the slick, stylized way that Guy Ritchie makes his movies. His films tend to employ fast paced edits from scene to scene and use creative transitions between multiple locations and camera angles. This approach worked well for Snatch and the two Sherlock Holmes films, and I would argue that they feel right at home in The Man from U.N.C.L.E.

The movie is based on a TV show from the 1960’s. The show focused on the activities of a group known as U.N.C.L.E (The United Network Command for Law Enforcement), a network of spies from organisations, often with opposing ideologies, spanning the globe. The top agents of the organisation are American spy Napoleon Solo and Illya Kuryakin, a Russian operative. The show never explains how the two spies came together, or how the group itself was created, and so Guy Ritchie uses his movie as an origin story for U.N.C.L.E and its lead operatives. 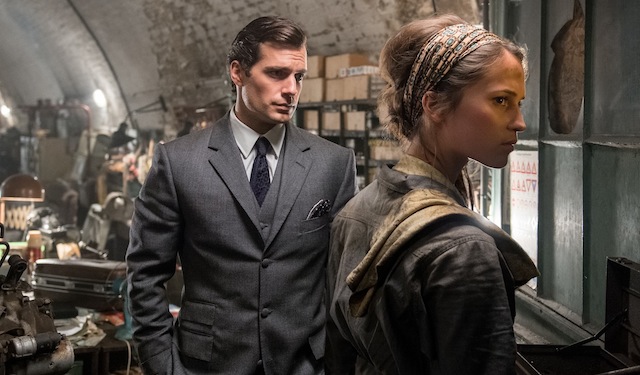 Henry Cavill plays Napoleon Solo in the movie version. He is charming, suave, reckless and doesn’t play buy the rules. Think of him as an American version of James Bond, which isn’t that surprising as Ian Fleming, the creator of Bond, was also involved in the creation of the original U.N.C.L.E TV show. His Russian counterpart Illya Kuryakin is played by Armie Hammer. Where Solo is all about breaking rules, Illya is about following them to a tee. Stoic and doing everything he can for Mother Russia, it’s no wonder that he views everything that the carefree Solo does with disdain. Forced to work together by their respective organisations, the main part of the two agents’ mission is to extract and protect Gaby Teller (Alicia Vikander), the daughter of an alleged Nazi scientist, from two Nazi sympathisers, Alexander and Victoria Vinciguerra want use Gaby’s father to build their own nuclear arsenal.

Keeping the film set in the 60’s gives the movie a vibe that sets it apart from other films in the spy genre. Right from the retro styled animated opening credits, which gives us exposition of the political climate the film is set in , to the costumes of the characters, to the varied split-screen montages that Ritchie utilises to convey action taking simultaneously during sequences, you could easily be mistaken into thinking you are watching a high-fidelity movie from the previous century. Heck, even the accent that Cavill employs would feel right at home with Gregory Peck or Cary Grant.

Having diametrically opposed protagonists thrust together to achieve a common goal is some-what cliché but Cavill and Hammer manage to keep the conceit entertaining. Watching Hammer fumble about during his innuendo filled scenes with Vikander is fun to watch, and Vikander herself is obviously having fun in her role, easily proving a match to her male compatriots. Elizabeth Debicki who plays the movie’s femme fatale, Victoria Vinciguerra, has the right amount of sensuality and cold calculation that you’d expect in a movie villain, but her seductive allure does reduces any sense of dread one would normally associate with a similar character. 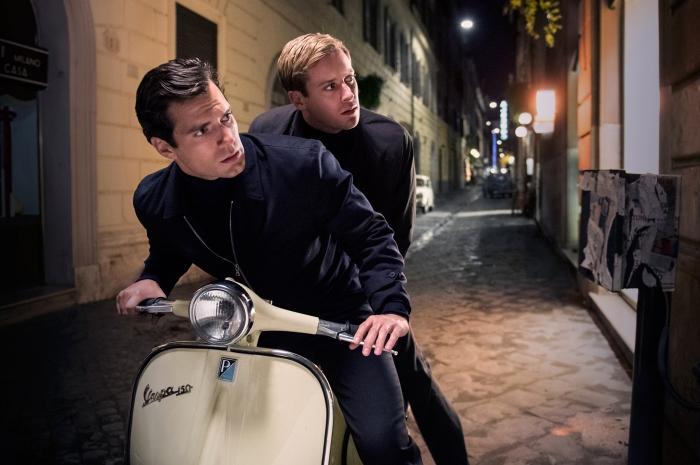 Another spy movie in a year that is releasing quite a few in the genre (Kingsman, Spectre, Mission Impossible), The Man from U.N.C.L.E does manage to give a different spin by sticking to its vintage trappings. A more original story may have serviced the movie better but I think the film has enough going for it to kick off a franchise.

If you’d like to see your spy forsake their Martinis for a glass of scotch, then I’d check out Ritchie’s latest.