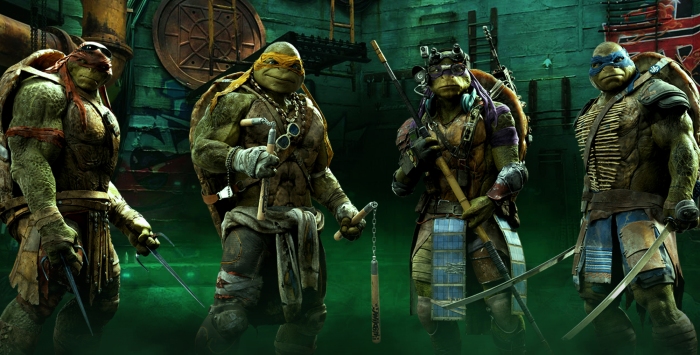 Set shortly after the events of 2014’s Teenage Mutant Ninja Turtles reboot, Out of the Shadows (OOTS) picks up with the eponymous turtles feeling tired of hiding in the sewers, not being able to integrate with human society. They feel unappreciated for all they have done for the city and want desperately to be out in the open. 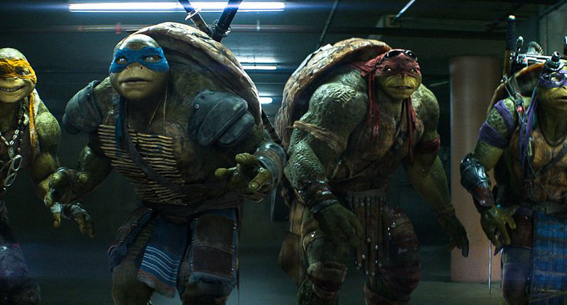 But this soon turns out to be the least of their problems, when Shredder (Brian Tee) breaks out of prison with the help of Dr. Baxter Stockman (Tyler Perry), a scientist from T.C.R.I (Techno Cosmic Research Institute). Together with his henchwoman Karai (Brittany Ishibashi) and mutated criminals Bebop (Gary Anthony Williams) and Rocksteady (Stephen Farrelly), Shredder once again begins his plans for world domination. This time with the help of Commander Krang (Brad Garrett), a pink alien from Dimension X with a penchant for walking around in a robotic suit. It’s up to the Leonardo (Pete Ploszek), Donatello (Jeremy Howard), Raphael (Alan Ritchson) and Michelangelo (Noel Fisher) to thwart the evil ninja’s plans, once again helped by Splinter (Tony Shalhoub), April O’Neil (Megan Fox), Vernon Fenwick (Will Arnett) and new ally Casey Jones (Stephen Amell). 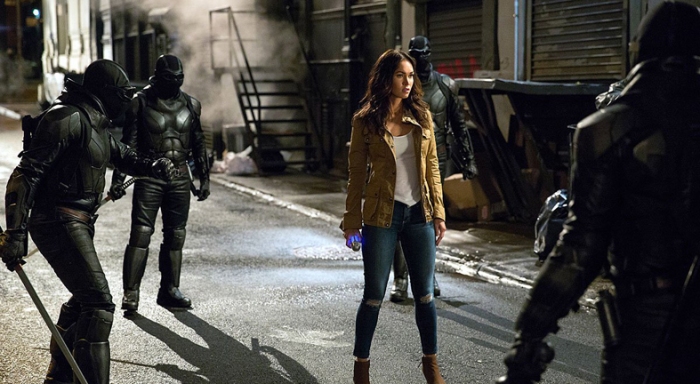 So we have a whole new bunch of characters and a story-line that seems to be straight out of the 80’s cartoon. Does this add up to a good movie? Well I guess it depends on your expectations.

OOTS seems to be targeted directly at the thirteen year old market. There are slow motion shots of April O’Neil in a skimpy school-girl’s uniform (Why? I don’t know. There must be a clause in Megan Fox’s contract for at least one gratuitous shot per movie). There are one-liners being thrown left, right and center, with only a few hitting the mark, and of course there are fart jokes. And while I know that you shouldn’t be taking a movie about adolescent amphibious martial arts that seriously, when the script starts telling you that warthogs and rhinos were part of the human evolutionary chain, you know that you better park your brains at the door.

Questionable science aside (and there is a lot of it), the movie puts the four turtles in the fore-front, giving them the most screen-time and that really helps the film. The first movie focused a lot on April and Vernon, so I’m glad that we actually got more turtles in the sequel. I mean it is called Teenage Mutant Ninja Turtles after all. The CG effects have improved a lot and the turtles actually seem like a believable part of their surroundings, their body having a real weight and the facial expressions wonderfully conveying their emotions. There are scenes where you actually could see the sadness in the characters eyes, and it just made you wish that the script called for more moments like these.

That said, the personalities of the turtles were pretty much spot on, with Leonardo stoic and trying his hardest to be a worthy leader, Donatello being the stereotypical computer nerd, Raphael constantly battling his anger management issues and Michelangelo, getting the most reaction from the audience, with his groan-worthy puns and wise-cracks which I admit brought more than one smile to my face. There were also a few easter eggs (like a Vanilla Ice reference) that long time Turtles fans will love. 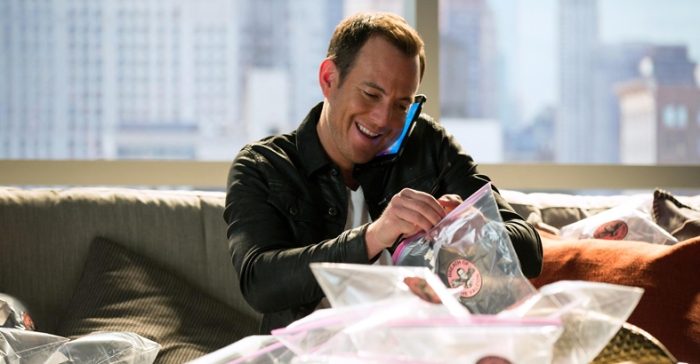 But aside from the turtles, the rest of the cast were as two dimensional as the comics their characters were drawn from. The dialogue is badly written, and there is clumsy exposition happening all over the place. It’s like the film-makers didn’t think the audience would understand subtle nuance, and had to spell everything out for them. Amell as Casey Jones didn’t really bring anything to the table. Part eye-candy, part comic relief, he was just another generic leading man with a shallow arc that really didn’t count for anything. And generic is probably a good way to describe the other characters as well. Fox as April might as well have been called Basil Exposition for the role she had in the movie, and Tyler Perry was pretty much Professor Klump on a diet. After his great performance in Gone Girl, it really is a shame to see Perry doing these lesser roles again. As for Shredder, Brian Tee was doing his hardest to give his version of the Batman voice but for all his blustering, his story ended up with a very disappointing finale. 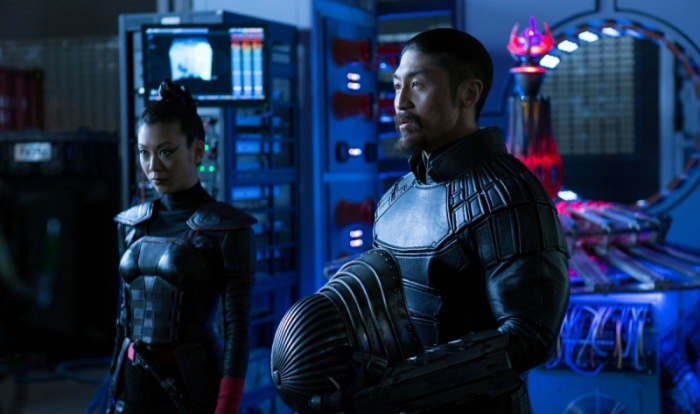 Speaking of the bad guys, Bebop and Rocksteady fared a lot better. Sure, these guys aren’t the most fleshed out of characters, but they were never meant to be. Being the hired muscle for Shredder, a majority of their screen-time involved charging through anything in sight and blowing things up. Their size and physicality finally gave the turtles some adequate opponents and their action scenes were the highlight of the movie. I just wish they had given Bebop and Rocksteady some less grating dialogue. At least they looked cool, I guess.

There are some interesting themes that are sort of touched upon in the story. The ideas of acceptance and discrimination show up in scenes here and there but are never fully explored, serving more as a plot contrivance to motivate the turtles’ actions in the script than actually leading anywhere. In fact towards the final act the whole arc of being accepted by society is so quickly glossed over that it’s almost as if the writers said, “You know what? This is getting too deep, let’s get back to the explosions”.

Teenage Mutant Ninja Turtles: Out of the Shadows is something that kids and teenagers will love, featuring over-the-stop set pieces, that would have fit in well with the cartoons it draws from, and low-brow humour just aimed at younger audiences. For those of you who need a little more substance in their films, maybe check out the DVD.

Oh and the credits feature a new version of the classic Teenage Mutant Ninja Turtle theme song with some great comic cells which I got a kick out of, but there is no after credit sequence, so if you do watch the movie in theatres, you can leave after the animated credits finish.

I give Teenage Mutant Ninja Turtles: Out of the Shadows a 6 out of 10.