Rated PG13 (for sequences of sci-fi action and destruction, and for some language).

20 years after the devastating alien attack on Earth, mankind has rebuilt much of the wreckage wrought by the first invasion. In those two decades, humanity has integrated the alien technology into their own, making great scientific advances for the benefit of all. But from the furthest reaches of space a call has been answered, and Earth now faces another attack from the aliens, an onslaught that is bigger than anything that the nations of Earth could have prepared for. 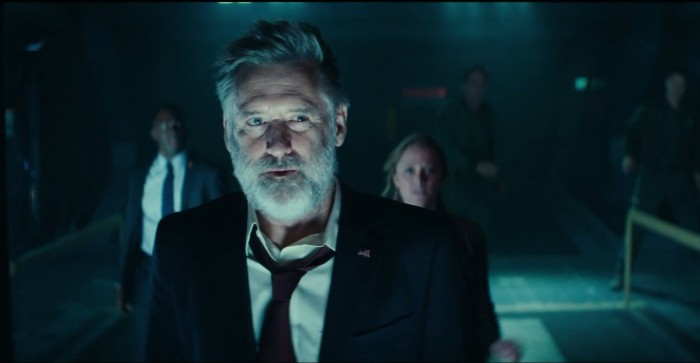 And that’s Independence Day: Resurgence in a nutshell. After a 20 year hiatus, Hollywood is giving us a sequel to one of the 90’s biggest blockbusters. Elevating Will Smith into an A-list action star, the original Independence Day (ID4) gave audiences something that they have never quite seen before. Full of spectacular set-pieces that had enormous space-ships menacingly traversing the Earth’s moon, crazy aerial dog-fights between fighter pilots and alien ships, it was quite an event and who could forget that visceral moment when the White House was blown to smithereens. Made in a time before the overabundance of CG effects, Independence Day had a weight to it that only practical effects could bring.

It was a bona fide hit, which is why it’s puzzling that director Roland Emmerich waited so long to make his follow-up film. If Resurgence had been made while ID4 was still prevalent in pop-culture it might have fared a lot better. As it is, it’s a perfectly OK movie, but it’s not something to write home to mom about.

Resurgence plays a bit like the greatest hits of 90’s action movies. Put in a little bit of Armageddon, add a dash of Stargate, throw in some Mars Attacks here and there and of course let’s not forget to liberally sprinkle a lot of the original Independence Day. In fact, on the whole, Resurgence plays like Independence Day dialled up to 11. The ships are bigger, the explosions are louder, and there are a heck of a lot more characters to keep track of.

First we have Jessie T. Usher as Dylan Hiller, the son of Captain Steve Hiller (Will Smith’s character in the first movie). Now all grown up, Dylan is a hot shot pilot in the US Air Force and very obviously a stand in for Will Smith. However Smith’s personality and charisma cannot be replaced by just one man, so we also get Liam Hemsworth as Jake Morrison. Another hot shot pilot, who is irreverent and does not respect authority. You know the type. The kind of clichéd character that you find in most action movies. Now if you guessed that the irreverent pilot would need a love interest, then you would be right. Enter Maika Monroe. Acting as yet another talented pilot, Monroe’s character is Patricia Whitmore. If the surname sounds familiar to you, that’s because she’s the daughter of President Tom Whitmore (Bill Pullman), who also appears in Resurgence. Rounding off the main cast is Jeff Goldblum, ummming and ahhhing his way through the film as David Levinson, now the Director of Earth Space Defence. 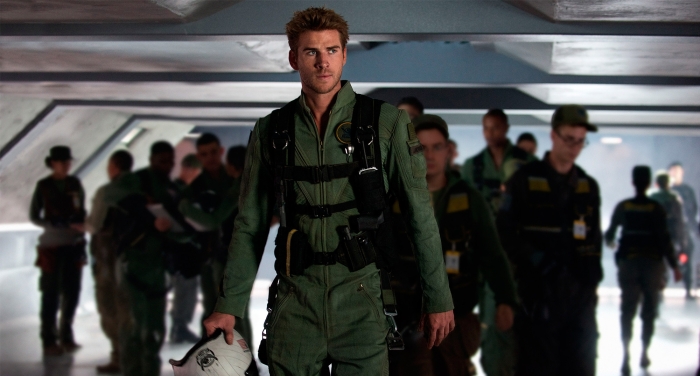 All these characters are pretty much walking tropes from any movie in the 90’s. They serve as a means to an end to get the story across but let’s face it. There’s no real character development here. But then again, I don’t think that anyone came to an Independence Day sequel looking for high art. This franchise is about explosions, special effects and feeling good about humanity kicking alien butt, and on that front Resurgence delivers. The sheer spectacle of seeing entire cities being sucked up into atmosphere, and once again watching gigantic space craft wreaking havoc on major landmarks will easily satiate fans of ID4, and there are enough rah-rah moments that will make even the most patriotic of you blush. There is also an attempt to capture the inspired speech by Bill Pullman from the first movie (you know the one), but unfortunately it falls flat.

Personally I think the stand out of the movie were the special effects. Granted that you would expect the aliens and the spaceships to look good, but a lot of focus was also put into making this alternate reality seem real. From the US air-planes with alien fusion drives, to weapons that fire plasma bolts, the design language that was used to show the alien tech mixed with our own was well done, and produced a believable aesthetic for this timeline that Resurgence lives in. There was one design choice that was unintentionally comical to me, and I won’t spoil it for you, but every time I saw it, I thought of Marvin the Paranoid Android. See if you can spot it.

Resurgence is a brainless, action flick with plot-holes that you could fly a space shuttle through and a story as predictable as they come. But the same could be said for Independence Day, so if you set your expectations at the door, you can be taken for a fun (if shallow) ride.

I give Independence Day: Resurgence a 6 out of 10.