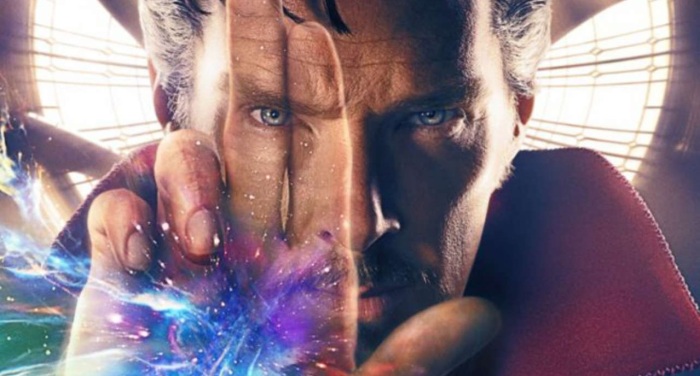 Rated PG-13 (for violence and action)

The juggernaut that is the Marvel Cinematic Universe (MCU) is a money making machine that doesn’t look like it has an end in sight. Initially starting with movies that had a more earthly, “grounded” focus (Iron Man, Captain America) then introducing audiences to the more cosmic side of things with Thor and Guardians of the Galaxy), Marvel is now ready to venture into the mystic realm with the release of Doctor Strange, the latest foray into the MCU.

The movie, directed by Scott Derrickson, follows Doctor Stephen Strange (Benedict Cumberbatch), an arrogant but brilliant surgeon, as he seeks to repair his damaged hands caused by a near fatal car accident. His quest sees him journey to a sanctuary in Nepal called Kamar-Taj where he encounters a mysterious being known as the Ancient One (Tilda Swinton). A teacher who opens his eyes to a world of magic and spirituality.

At its heart, Doctor Strange is a run of the mill origin story. We are introduced to a flawed character, who grows and comes into new found power whilst wrestling with his inner demons. Clichéd? Sure, but there’s such an abundance of quirkiness, humour and a likability displayed by all the characters that easily helped me overlook these tropes and won me over. Doctor Strange may not be the best comic book movie, but I think it might be one of my favourites. 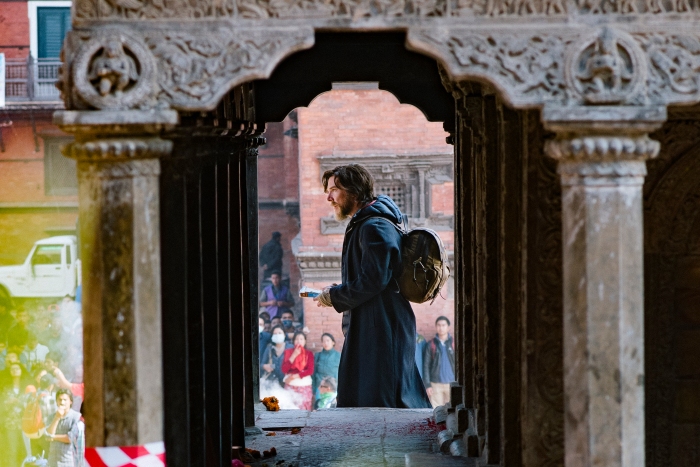 Playing the titular Doctor, the success or failure of the movie lies largely on Benedict Cumberbatch’s portrayal of the egotistical surgeon. It’s a tricky character to pull off because if Cumberbatch strayed too far in one direction, Strange could have been someone that the audience hated, too caught up in his self-importance to be redeemed in the eyes of the viewer, but if he wasn’t arrogant enough that road to redemption would not have seemed as relevant to the story.

As it is, Cumberbatch’s Strange manages to be likable even when he’s being a self-involved twat. I mean, you wouldn’t want to invite him to any social gatherings, but his cocky self-assuredness and casual wit does garner a begrudging admiration, both from the supporting characters and the movie-goer. And Cumberbatch progresses from practitioner of the medical arts to those of a more mystic nature, he does become a character that you can root for. He’s still cocky but gone is the arrogance, replaced with a more altruistic nature.

Alongside Strange are the enablers of his mystic awakening. Tilda Swinton’s aforementioned Ancient One and Chiwetel Ejiofor’s Mordo, a fellow student of the Ancient One.

Swinton, as usual, is great as the androgynous spiritual teacher. Displaying the calmness and serenity that is to be expected of a role of this type, surprisingly she also elicited quite a few laughs from the audience. It wasn’t a great leap to believe that this was a character that had been alive for centuries, and carried that weight of the world on her shoulders so others didn’t have to.

The calmness within the Ancient One was also on display by Ejiofor’s Mordo, but where Swinton seemed in harmony with everything around her, Mordo always seemed to have his demons bubbling near the surface. Ejiofor’s portrayal of Mordo was always fighting to retain the tranquillity within him, rather than being a natural state of being.

However this is not a contemplative dive into the meaning of existence, this is a Marvel movie. And for the every set of protagonists, there has to be a central antagonist, and this time that role goes to Mads Mikkelsen as Kaecilius, a former student of the Ancient One, now driven to the more dark side of the mystical arts in his quest for immortality. To be honest, as great an actor as Mikkelsen is, he falls to the curse of Marvel movie villains and doesn’t really do much more than give the heroes someone to rally against. Though, I must point out, Mikkelsen also delivered one of the best jokes in the film.

And now let’s talk visuals. In a film where sorcerers battle each other in mystic arts across dimensions, the special effects pretty much make or break the film. Luckily, the VFX artists really outdid themselves in their mind-bending representation of the mystical world of Strange. 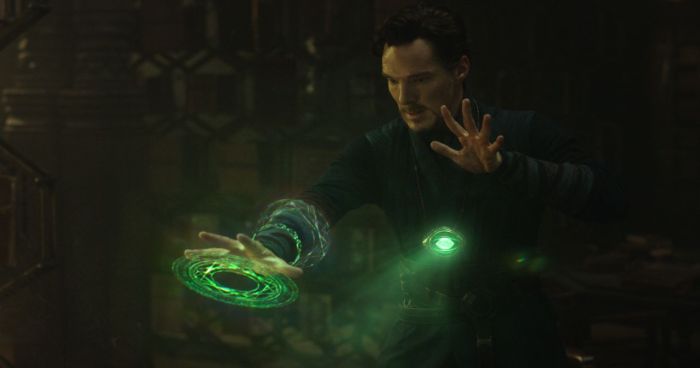 From the beautiful runes created by the magic users, to the warping of the environments that folded buildings, nature and pretty much anything else into escher-esque fractals that threatened to strain the eye, the world of Doctor Strange was stunningly realised, creating an environment that really did seem beyond the ken of normal folk. Easily one of the highlights of the whole movie and a very good reason to watch this movie in 3D. 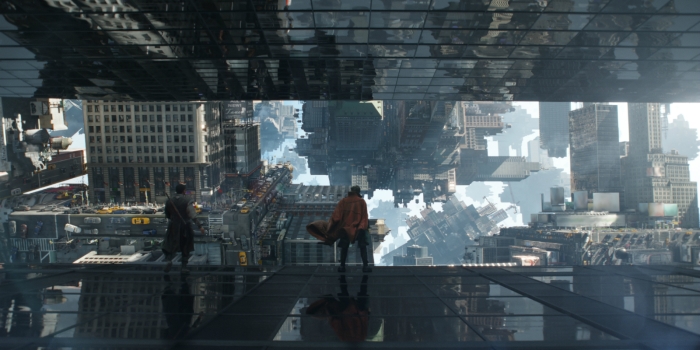 Doctor Strange doesn’t bring anything new to the table story-wise, but with a great leading man, a genuinely funny script and trippy effects, I give the Sorcerer Supreme a 7.5 out of 10 and recommend you check it out on a 3D IMAX screen. Oh and there are two end credit sequences, so it pays to hang around to the very end.