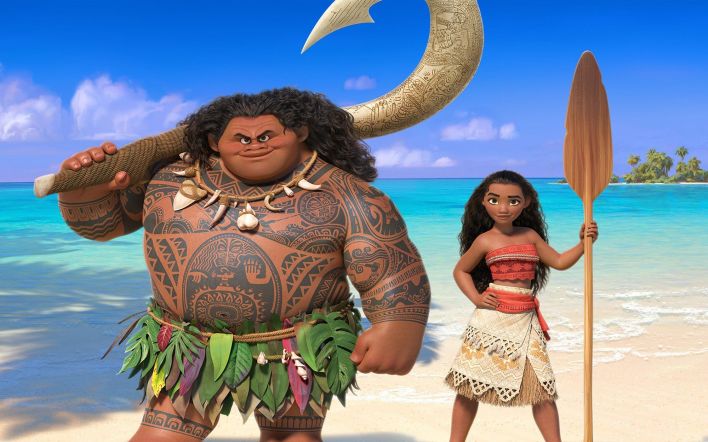 Disney has been on a bit of a streak of late with hits like Tangled, Big Hero 6, Frozen and Zootopia. They seem to have found the secret recipe for creating instant animation classics and this holds true for Moana, the newest feature film from the House of Mouse.

The story begins on the Pacific island of Motunui, the home of Moana (Auli’i Cravalho), the 16 year old daughter of the island chief, Tui (Temuera Morrison). Moana is being groomed to be the next chief of the island but she longs to travel away from the island, to explore the wider world, against her father’s wishes who commands his subjects to never go past the island reef. When the fish around the island suddenly vanish without explanation and the island plant life mysteriously begins to die, Moana has no choice but to go against her father’s wishes to try and save her island. Fuelled by Grandmother Tala’s (Rachel House) stories of the demi-god Maui (Dwayne Johnson), Moana sets off to find the lost deity with the hope of getting his help to remove the blight on her island.

It’s a given at this point that any offering from Disney will be a sumptuous feast for the eyes and Moana is no exception. The opening sequence takes us to a world full of verdant valleys, and blue seas, creating a pacific paradise filled with eye-catching beauty as far as the eye can see. It’s a lush, bright setting for the story that unfolds.

The story of Moana is actually a refreshing change of pace for Disney with no shoe-horned romance that is typical for the studio, and while the notion of a girl seeking independence has been done before, what’s notable is that Moana doesn’t break her father’s orders just for the sake of seeing the great wide world, but rather to actually save her island and her people. A rather altruistic act that sets her apart from the princesses that came before her. Moana is a spunky heroine that is voiced superbly by newcomer Auli’i Cravalho, her voice lending itself to the determined yet somewhat naive personality of Moana.

When Moana does end up meeting Maui, he turns out to be rather different from what she imagined, vain and narcissistic, a demi-god who could care less about the rest of the world. In the wrong hands, audiences could have been put off by this portrayal of Maui, but Dwayne “The Rock” Johnson’s natural charisma shines through in his voice performance and Maui comes off more as a lovable jerk that the viewer quickly warms up to. Surprisingly it’s Maui that experiences the most character growth in this film, rather than Moana. Not to say that Moana doesn’t learn lesson along the way, but she is already less flawed than Maui when we first meet her.

The pairing of Johnson and Cravalho is the foundation of the movie and they have instant chemistry together. Starting of quite antagonistic, theirs is a relationship that grows into something of respect and even fondness, the two riffing off each other to great effect. This camaraderie is helped further by the presence of Hei-Hei (Alan Tudyk), a chicken of, shall we say, questionable intelligence. The antics of this befuddled fowl had the audience constantly laughing and was a source of endless mirth throughout the film. Pretty impressive for a character that doesn’t speak one word during the whole film.

Now a Disney animated feature would not be complete without a great set of musical numbers that will be stuck in your head for weeks after watching the movie, and Moana delivers on that front in spades with songs composed by the musical team of Lin-Manuel Miranda, the star and creator of the Broadway hit Hamilton, Pacific Island singer and songwriter Opetaia Foa’i, as well as famed movie composer Mark Mancina. From the catchy “You’re Welcome” sung by Dwayne Johnson, to “Shiny” a hilarious little number sung by Tamatoa (Jemaine Clement), a fifty foot crab to “How Far I’ll Go”, Moana’s requisite I Want song, Disney has yet again created an array of musical ear-worms that will no doubt fill many a long car-ride. 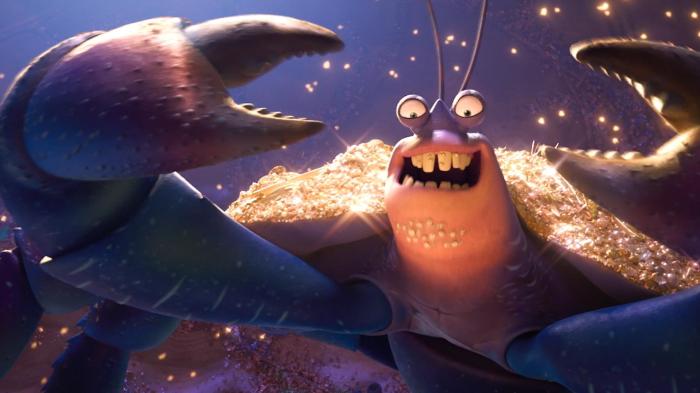 Moana was a movie I have been waiting for all year and now that I have seen it, it was totally worth the wait. While the message in Moana is not as socially relevant as Disney’s other 2016 release, Zootopia, its simple straight forward story was entertaining and expertly told.

I give Moana a 9 out of 10, and when you do go to watch it, make sure you still until the end of the credits for a little Easter egg.