Well there’s no doubt about it, this movie rocks.

A collaboration with Sony and Marvel, this is the second reboot that Spidey has gone through on the big screen but, unlike the previous attempt, this one sticks the landing.

Avoiding rehashing the origin story that the mainstream audience is now probably sick to death of, Homecoming focuses on Peter Parker (Tom Holland), the awkward teenager just as much as it does on his super-powered alias. It’s a tale of a high-school student who desperately wants to join the big leagues of heroes like the Avengers but at the same time has to battle with the trials and tribulations that befalls many an adolescent youngster.

Coming across as a John Hughes movie (there’s even a shout out to Ferris Bueller’s Day Off) with super-hero trappings, Spider-Man Homecoming is quite a change of pace from Marvel’s other offerings. We get to see Peter following his everyday humdrum, interact with his peers, all the while just waiting for school to be over so he can put on his super-hero duds and patrol the streets of Queens. But it’s during the moments when Peter hangs out with his friend Ned (Jacob Batalon), or is stuttering nervously when talking to his crush, that we really believe that Peter is just like every other teenager. The character building that is done in these scenes is what makes the characters so likeable and gives us people to actually root for.

By taking Peter back to his high-school roots, director Jon Watts makes the story more intimate than other movies in the Marvel Cinematic Universe (MCU). But don’t mistake intimate for boring. This is still a spectacular (pun intended) film, that abounds with action and a lot of humour. A lot of the jokes come at Spidey’s own expense. This is not a web-slinger who has mastered the art of being a hero, and he often fumbles, his attempts at being suave and intimidating often failing dismally, showing him for the newbie that he is.

Tom Holland was born for the role of Peter Parker. He’s got a naturally shy demeanour about him that hides an awkward charm. He’s got the goofy teenage schtick down pat, and you see it emerging in a lot of Spidey’s quips as he battles the bad guys. His chemistry with Jacob Batalon also seems quite genuine, really selling that these two are best buds, and the banter between them was fuel for a lot of laughs from the audience. Zendaya as Michelle, the weird loner chick, also elicited laughter from the audience with her eccentric behaviour, but it’s obvious that her presence in the film was more to lay a foundation for future films. Marisa Tomei was did the job as Aunt May, but I think the Hot Aunt May joke wore a little thin after a while.

Rounding out the main cast is Michael Keaton. Marvel’s villains are often the weakest part of their movies, but I think that this time they did a good job. Keaton’s Adrian Toomes, aka The Vulture, is quite a sympathetic character. Seeing what drove him down the path he is on, it’s hard to fault Toomes, and he does exhibit a type of moral code in his actions. The Vulture might not go down as one of the greatest villains, but he is a step in the right direction.

One of the great things about Spider-man being back at Marvel is all the little Easter Eggs and cameos we get from the rest of the MCU. With appearances from Avengers to tip of the hat to characters from the past, it’s nice to see all these nods to the bigger world that Spidey now lives in. And though the trailers make it look like this is predominantly an Iron Man movie, rest assured it’s not. Tony Stark (Robert Downey Jr.) plays a supporting role in a film that has Spider-man squarely front and center. That being said, we do get to see a lot of Jon Favreau in a funny turn as Happy Hogan, which is not a bad thing. 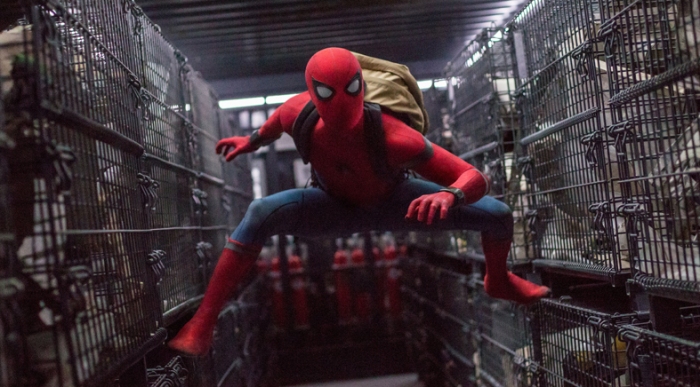 Spider-man: Homecoming has been made by people who love the character, and it’s immediately obvious in the final product. From getting the characterisation of Webhead just right, to the little touches like incorporating the old school Spider-man theme song into the musical score (another great soundtrack by Michael Giacchino by the way), Spider-man: Homecoming has brought our favourite neighbourhood super-hero swinging back to the heights where he belongs.

I can’t wait to see more adventures of Spider-Man and his amazing friends and I give Homecoming an 8.5 out of 10, and keep an eye out for two post-credit sequences. The one right at the end is probably one of the funniest codas I’ve seen in a Marvel film.