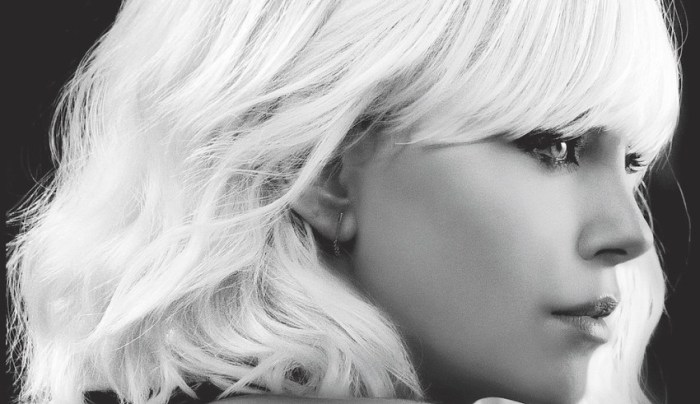 One of Britain’s top spies, Lorraine Broughton (Charlize Theron), the titular Atomic Blonde, is a seductive, sultry and totally ruthless killing machine. When a list of MI6 spies active in the Soviet Union gets stolen by a KGB agent, only Broughton has the particular set of skills required to retrieve the microfilm containing the list. Her mission is also to track down Satchel, a MI6 double agent selling intelligence to the Soviets and responsible for the death of many British agents. Not knowing who to trust, her only ally is the seemingly unreliable undercover agent David Percival (James McAvoy), and Delphine LaSalle (Sofia Boutella), a young French woman who may be more that what she seems. 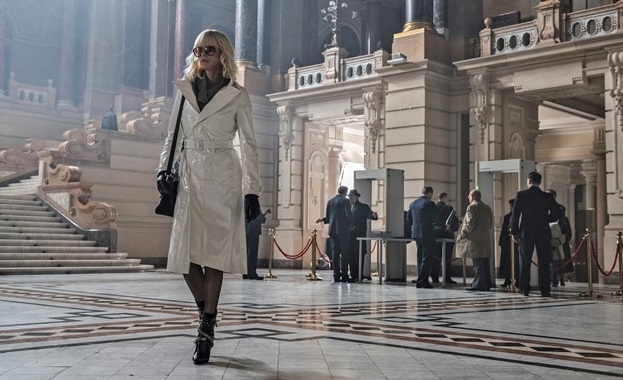 So there you have it, a spy thriller with an 80’s aesthetic helmed by one of the directors of John Wick, David Leitch. With the trailers highlighting amazingly choreographed action, putting Theron right in the thick of it, interspersed with a neon punk vibe, I thought this would be one of the highlights of the year.

Alas it was not to be. Atomic Blonde is afflicted with the syndrome of having most of the best bits in the trailer. While the cinematography is great, the story itself takes forever to get going. It meanders along, laying down the different threads for its slightly convoluted plot, with Broughton being the only real character of note. Things get better once we arrive in Berlin, and McAvoy joins the fray, providing an erratic counterpoint to Broughton’s cool and cold demeanour but it’s still mostly exposition and setup, albeit under vibrant neon lights. 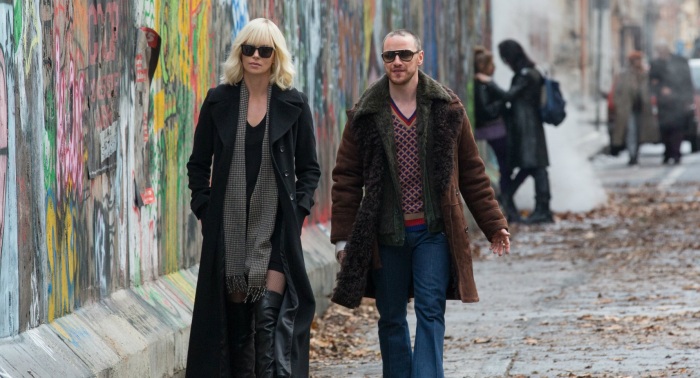 However, once Leitch decides to release the reigns, that’s when the movie shines. Typical of his work in John Wick, the action sequences are an exhilarating sight to behold, the shots wildly inventive, not afraid to move in on Theron’s face as she executes the brutal stunts with efficiency and ease. The visceral nature of the fights emphasises the impact of each punch and kick and, much like Broughton herself, are shot in a clean and precise manner. Never causing the audience to lose focus of what’s happening and to who.

One of the fight scenes, a long continuous shot take that involves a staircase, is beautiful in its brutality. I can only wonder the physical extremes that Theron must have gone through while performing the stunts in this sequence but she executes them with aplomb. With this and Fury Road under her belt, Theron is well on her way to becoming a bona fide action star.

With Theron stealing the limelight, it would be easy to overlook McAvoy but his unstable turn as Percival creates a majority of the uncertainty in the film. With his shifty mannerisms and borderline devil-may-care attitude than seems to be a cover for something more sinister, you can never quite put your finger on whether the character is fully on the side of the good guys or not, a time-bomb waiting to explode.

There is a foundation for a great film, even franchise here but the most disappointing thing is that there are only two truly epic action set-pieces in the entire movie, one of which is given away in the trailers. For a film with such a great action pedigree in Leitch (a former stuntman himself), I would have expected a little bit more. As it is, the movie utilises the colour palette and the music of the 80’s to its full potential, making a very pretty looking film, but doesn’t really fill the action-cravings that most people will be looking for.

Theron was great in Atomic Blonde, and I just wish they had done more with her. Unfortunately the film only partially delivers and I give it a 6.5 out of 10.