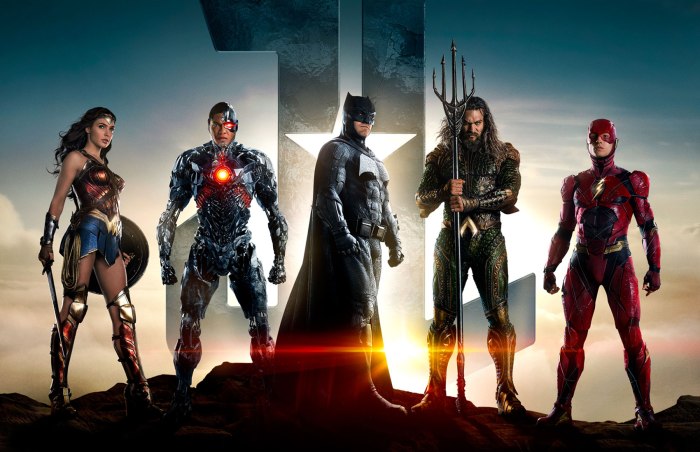 2013 re-introduced the world to the Man of Steel. The story of the Last Son of Krypton, directed by Zack Snyder, was met with a decent reception and looked to be a promising start to DC’s answer to the Marvel Cinematic Universe. However one by one, the films that followed were greeted with a tepid response by film critics, and did not meet expectations at the box office. Batman v Superman was divisive amongst comic book fans (I didn’t enjoy it), and Suicide Squad fell victim to studio interference, resulting in a film that was tonally all over the place.

Then 2017 brought unequivocal success in the form of Wonder Woman. Critics and fans alike lauded over the film’s merits and brought hope that things were finally going DC’s way. This righting of the ship, as some would see it, added further excitement to the next DC tent pole film, Justice League. With all the things that Wonder Woman got right, would Justice League finally be everything that fans have been waiting for?

Well wait no longer movie buffs, because in the eyes of this comic book fan, directors Joss Whedon and Zack Snyder had made a worthy tribute to DC’s finest.

Set months after Batman V Superman, Bruce Wayne (Ben Affleck) has made it his personal mission to prepare for an unknown threat that he fears is coming. As more and more events occur, foretelling of an invasion of Earth, Wayne soon finds himself reunited with Wonder Woman (Gal Gadot) as well as a whole company of super powered beings in the form of Aquaman (Jason Mamoa), the Flash (Ezra Miller) and Cyborg (Ray Fisher). With Superman (Henry Cavill) dead, the heroes learn that it is necessary more than ever to work together to bring down Steppenwolf, an otherworldly visitor hell-bent on transforming Earth into a living hell. 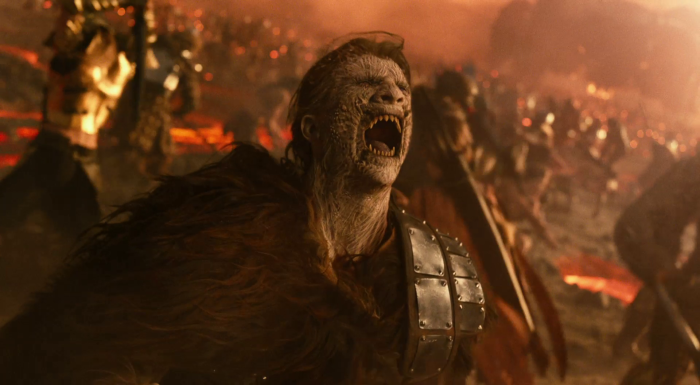 As plots go, this is pretty standard fare for a comic book movie. Powerful entity threatens the Earth, heroes assemble to fight said entity, and action ensues. But it’s this simple, straightforward approach that makes this movie work. Gone are the convoluted plot-lines and villains with complicated machinations, replaced instead with a story that goes from A to B at a pace that doesn’t allow the audience to get bored. The focus here is on the characters that make up the Justice League, exploring the team dynamic, what makes them tick and not wasting time on much else.

It’s a good thing then that the main protagonists do a good job of getting us invested in the movie. Ben Affleck returns to the role of Batman and, as he did previously, proves once again that Bat-fleck is a great incarnation of the Caped Crusader. The events of Batman V Superman have taken their toll, and this iteration of the Dark Knight, while still an arrogant ass at times, has lost the cold, hard exterior he had before, seeming more human and fallible. He is aware of the consequences of his actions, and is seeking atonement. It’s a redemption arc for Bruce Wayne that makes him more relatable as a character, but this version may put off some fans who prefer his more stoic nature. 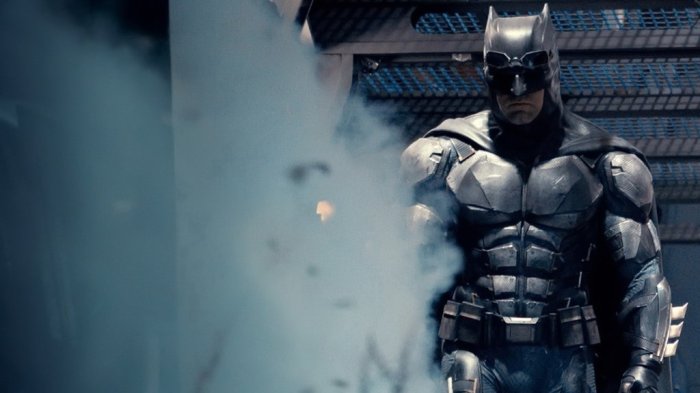 Gadot has a three-peat here, once again proving that she was born to play Wonder Woman. Seeing the good in everyone she is the heart of the group, often calling out Bruce on his questionable decisions. I found her introductory scene quite powerful, getting my adrenaline pumping as she totally commanded the scene with her presence. Even when delivering cheesy dialogue, she managed to sell her lines through pure earnestness. But when she decides to kick-butt, the action is a sight to behold. The sequences with Wonder Woman, and those of her fellow Amazonians will give you goosebumps. It makes you glad that Gadot is being given more of the limelight, a smart decision on DC’s part. 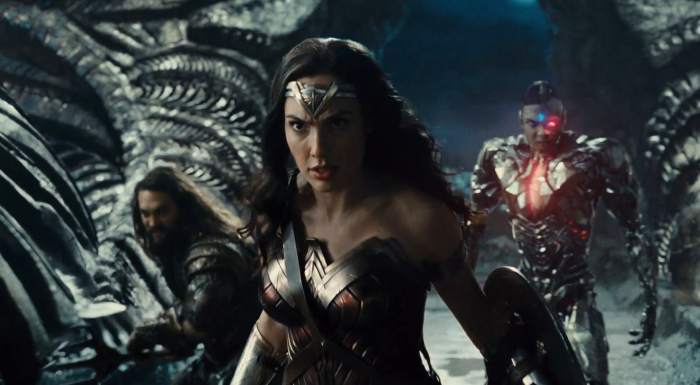 So how about those new heroes on the block?

Ezra Miller’s borderline socially impaired portrayal of The Flash is probably one of the funniest turns in the DCEU, firing off quips and one-liners while at the same time being a lovable klutz. This is an early foray into the world of big-time super-heroing for the Flash and it’s endearing as we watch his confidence grow to become a valuable asset to the team. His goofy antics even the heat of battle were great, and highlighted the less serious tone that pervaded the entire movie. The announced Flash standalone film cannot come fast enough. 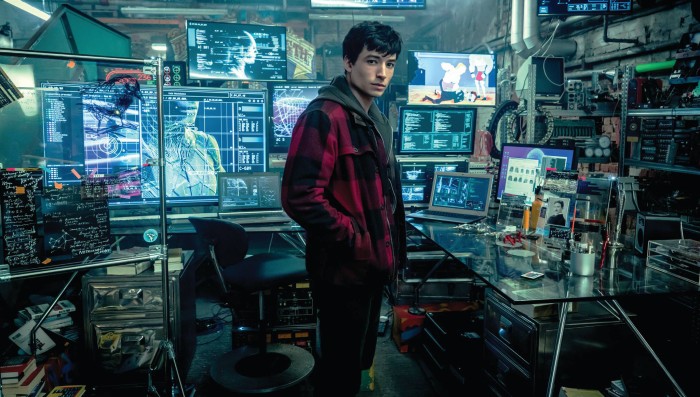 Also featuring a comedic turn is Jason Mamoa as Aquaman. As you would have seen from the trailers, this Aquaman is part surfer-dude, part jock, who is a bit self-serving. While offering a different style of comedy compared to Ezra Miller, there were quite a few moments where Mamoa’s banter caused laugh out loud moments from the audience. There was one particular moment where some of the dialogue felt forced, in an attempt to setup an Aquaman sequel. This scene felt out of place as it seemed to come out of nowhere and was quickly dropped, not to be developed further. 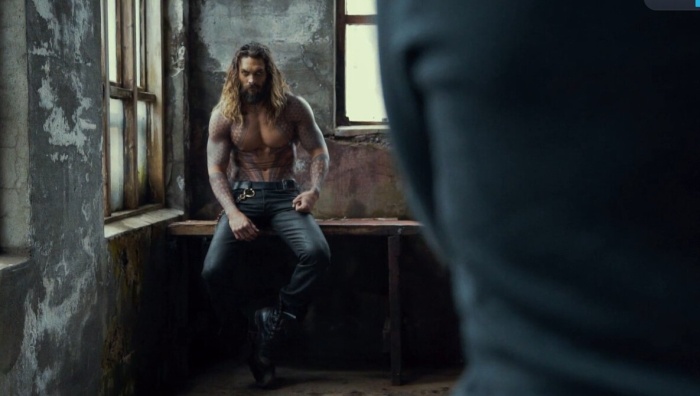 Ray Fisher as Cyborg was a little bit of a mixed bag. I was surprised at how integral his character was to the film. It did feel however that there were parts that were being setup in the initial scenes that didn’t eventuate to anything. This may have been due to scenes being cut for the sake of run-time but it was strange how those arcs fizzled out. That said, Fisher did good job as the college football star turned bionic man. Cyborg’s biggest downfall was the CG effects used to create him. I found the visual effects jarring with the CG elements not quite meshing with the character’s face, and on the whole looking a bit fake, especially when the character moved. 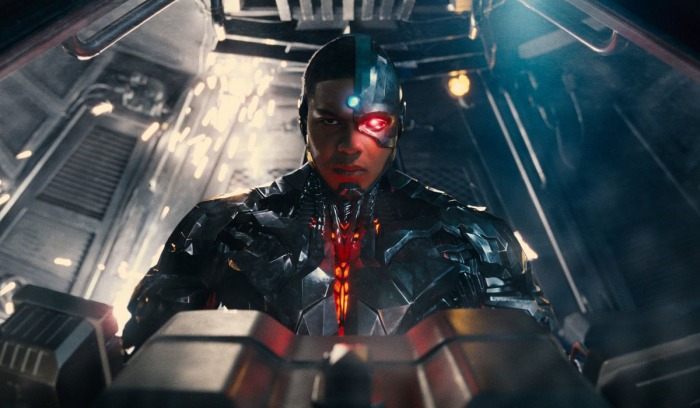 Looking a bit fake as well was the main bad guy, Steppenwolf. An entirely CG creation voiced by Ciarán Hinds, the villain couldn’t quite shake the uncanny valley effect. It didn’t help that Steppenwolf was a bit forgettable as a villain, serving more as a MacGuffin than anything else. A plot device to get the Justice League to form, but with the heroes working so great together I am willing to accept the weak antagonist.

The weakest part of  Justice League was the hit or miss special effects. It was painfully obvious when the actors were swapped for their CG counterparts and there was some shoddy green screen work as well. It was also easy to see the scenes that were re-shoots as some of the continuity was not maintained. But given that this was a film that suffered a change in directors and had a few re-writes of the story during production, the end result is surprisingly cohesive, producing an entertaining piece of cinema. It is a film that visually looks like Zack Snyder’s previous movies in the DCEU, but with a much more light-hearted touch brought by Joss Whedon’s writing. It has some fun cameos, including one from 1978’s Superman and proves that a little bit of humour can go a long way. 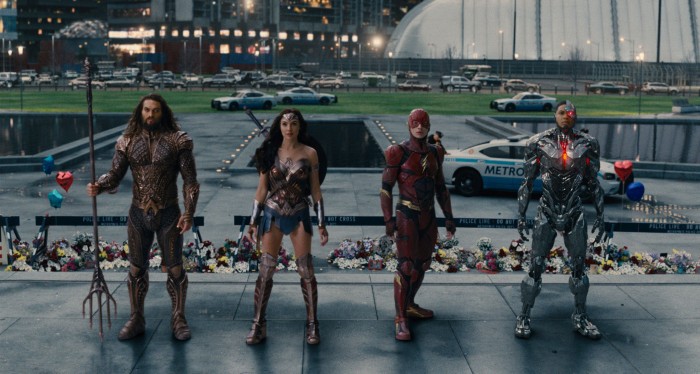 I will end with a shout out to Danny Elfman’s score.  Invoking Batman 89’s musical theme and John Williams’ iconic Superman theme from 1978’s Superman the Movie, they work well juxtaposed against Wonder Woman’s motif, this time featured with a more orchestral bent.  I have always been a fan of Elfman’s work, and the music he has created here harkens back to the early days of comic book movies.

Given my past experiences with DC films I went in with lowered expectations, but I was surprised at how much I enjoyed this movie. From the portrayal of the titular characters, the way the action was shot down to the score, there was a lot about the film that made it resonate more than previous DCEU films. It felt like DC has finally got the hang of what makes their heroes tick and have created a great foundation for future movies in their cinematic universe.

P.S. There are TWO end credit scenes so hang around till the end. It will be totally worth it.