Whether you’re a major cinephile or you just watch movies on a causal basis, there’s a very good chance that you have heard of Stephen Spielberg. The legendary director transported us to many a world filled with wonder, adventure and just jaw-dropping moments. His name is synonymous with 80’s cinema and is an indelible part of a lot of our childhoods. So it’s only fitting that Spielberg now takes the helm of Ready Player One, an ode to the very movies that made him a cultural icon.

Ready Player One (based on the book of the same name) is set in the not so distant future where the general populace seeks to remove itself from the harsh rigours of real life and instead seek refuge in The Oasis, a virtual reality game where you can be anyone or anything and your wildest dreams can come true. Wade Watts (Tye Sheridan) is one such player of The Oasis and, along with his best friend Aech (Lena Waithe), is out to win the ultimate challenge. A quest left behind by the creator of The Oasis, James Halliday (Mark Rylance), to find three keys that will give the winner unimaginable wealth as well as full control of The Oasis.

It’s a premise with a lot of potential if done right, but could also be painfully clichéd and mediocre if mishandled. And with the initial marketing not really wowing audiences, added to the fact that Spielberg has seem to have lost some of the spark that was so prevalent in his earlier works, it was hard to tell what the resulting movie was going to end up being.

But almost the get go I was grinning from ear to ear. The Spielberg of old has shown up in spectacular fashion and has once again shown why he’s heralded as the master of his game. All the magic and excitement has returned and is delivered in a film that is visually sumptuous, action packed and an inherently re-watchable piece of entertainment. I felt like I was having a nerdgasm every five minutes of the movie.

At its heart, Ready Player One is quest film, with our heroes overcoming challenges, figuring out clues and trying to stay a step ahead of the opposition. It’s the type of film that anyone can enjoy, whether they have read the book or not, and the virtual reality setting allows the film-makers to create incredible physics defying set-pieces without stretching the realms of believability. But for those viewers who are movie fans or immersed in pop culture, this movie is a smorgasbord of references that will just tickle your inner fanboy/girl.

From the moment we enter The Oasis, the audience is surrounded by characters and objects from famous movies, TV shows and video games. Initially it’s a little overwhelming as you try and take in everything around you, and you play a game of where’s that from? But then as you get used to the virtual world, you kind of sit back and just let it soak in, almost like an extra dimension to the story that you can choose to absorb as you see fit. It’s all these meta-references that make the film so re-watchable and I guarantee that once the film makes its way to Blu-ray and digital services, there will be a multitude of people pausing each scene to try and spot every reference/Easter egg. 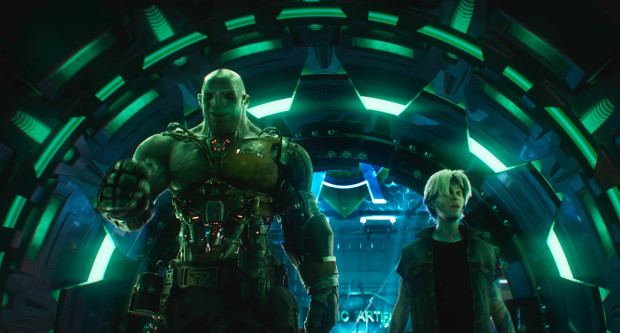 Most of these cultural Easter eggs are just throwaway moments, little winks and nods to those people who love that sort of thing, but a few of the Easter eggs actually play a major role in propelling the story forward. One scene in particular goes all in referencing an iconic movie that is one of the stand out moments of the film. You’ll know what I’m talking about once you see it.

With all the throwbacks that pepper the film, it is only fitting that the musical score is composed by none other than Alan Silvestri. An icon of 80’s movies himself, composing themes for movies like Back to the Future, Who Framed Roger Rabbit and Forrest Gump, Silvestri’s score for Ready Player One channels the best of the 80’s movie themes while at the same time being a fresh and wholly original take. There are riffs and arrangements that hint at a theme you may have heard before but then suddenly whisks away in a totally new direction.

Visually the world of Oasis is incredible to look at, an environment that’s a purposeful mix of photo-realism and stylised CG characters. We get to jump from locale to locale, each setting brimming with activity and personality, never once feeling barren like other cg reliant films tend to be. Oasis hooks you in so thoroughly that, even though the characters are obviously computer generated, you forget that you are watching a simulation, so engrossed are you in the interactions of the individuals onscreen. The motion capture of the main protagonists is particularly well done, the cg creations conveying and portraying an incredible amount of emotions.

And so it’s a little bit of a shame that all the scenes in the real world don’t really have the same energy as the ones in Oasis. The actors all do a good job, but ultimately it just feels like a bit of a distraction, more of a break before we get back to the good bits in the virtual world. The main antagonist of the film, Nolan Sorrento (Ben Mendelsohn), is a bit of a one note character. He never really seems like that big of a threat and feels like a plot point that is there just to give the protagonists something to rally against. 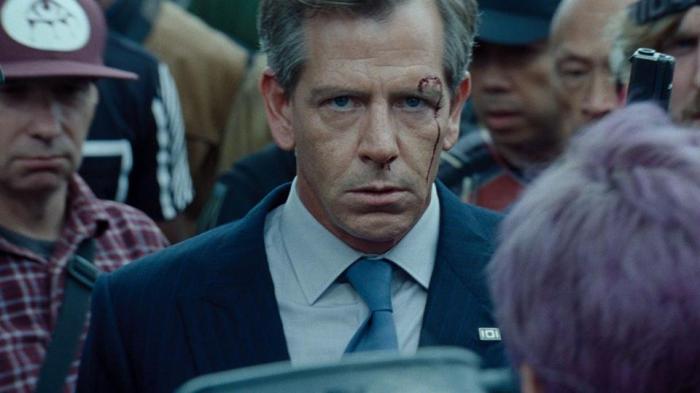 Spielberg’s return to form is pure fun, and filled with that special sauce that pervaded his early films. At 2 hours, the film is concise and moves at a brisker pace than the book. There’s rarely a lull and and the visuals alone fully justify the cost of watching Ready Player One in IMAX 3D. I would not hesitate to recommend this movie and I give it an 8.5 out of 10.

PS, there are no end credits (but you could stay just to listen to Silvestri’s awesome musical score).