Ever since the end of the first Avengers movie, Thanos has been positioned as a looming threat in the Marvel Cinematic Universe. As new Marvel movies came out, the glimpses of the enigma grew, the build-up was such that Thanos’ eventual appearance in Infinity War had a huge hill to climb to live up to the levels of infamy that surrounded him. No easy feat for a franchise not necessarily known for having strong villains.

But as you would have no doubt heard by now, with Infinity War, the directing duo of the Russo Brothers have not just delivered an incredible addition to 10 years’ worth of story-telling, but also one of the best villains of the MCU to date. Within the first 10 minutes of Infinity War, Thanos had already cemented his place as one bad-ass hombre who was not to be trifled with. That same 10 minutes also showed that the Russos were willing to go straight for the emotional jugular, announcing to the audience that no-one was safe.

And from then on it’s just one jaw-dropping scene after the other. This is a film that is full of so many twists and turns punctuated with holy sh*t moments, I guarantee it will get most fan-boys’/fan-girls’ heart pumping into overdrive. There are brief periods of respite dotted through here and there but by and large this is an adrenaline-fest populated by all the characters we have come to know and love.

Unlike most of the other movies within the MCU, this is one film I would say that does not work as a standalone. It requires all the character setup and development that has occurred in the films that have come before it to really make everything that happens in Infinity War carry so much weight and deliver such emotional impact. The Russos have somehow managed to juggle all the lovable mannerisms and foibles of each of the Avengers together creating team ensemble that feels true to each of the heroes and somehow also managing to elevate them into something more.

There were so many times in the film where the audience was just applauding or cheering, be it for the appearance of a beloved character or for some crazy kick-ass action piece that had taken place. The excitement was palpable. But for every feel-good scene, there was an equally sombre moment leaving you feeling devastated, realising how formidable an opponent Thanos really is. Infinity War fires all across the emotional spectrum so be prepared.

So without a doubt, the stand-out for this film is Thanos. An entirely CG creation, the giant Titan is a marvel (pun intended) of computer animation. Voiced by Josh Brolin, he stands his own amidst a cast of Norse Gods, Super Soldiers and Armoured tin men. Like Erik Killmonger before him, Thanos is a villain who truly believes he is doing what is best for those around him, and there are points where you actually sympathise with him. There was even a brief moment where the way the scene almost framed Thanos as a weary hero. 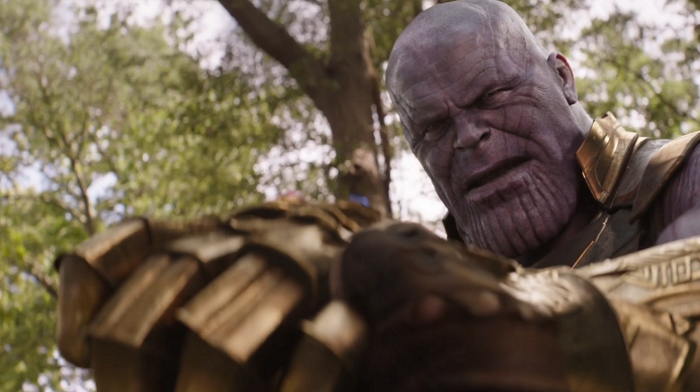 This is not a perfect film, but I would say it’s a perfect Avengers movie. We get to see the Guardians of the Galaxy finally meet the Avengers, Dr Strange trading barbs with Tony Stark and of course return to Wakanda. There are a few logic plot holes here and there, and as amazing as the CG for Thanos was, there are also some incredibly bad cg effects as well. But there good overwhelmingly outweighs the bad, and if you have been following the MCU for the last 10 years, this movie delivers on every front.

The one big downside of this film is that it ends on a bit of a cliff-hanger, and there’s one more year to wait before we get to see Avengers 4. Well I guess it gives me a chance to rewatch the whole MCU again.

Infinity War was worth the wait and I give it a 9 out of 10. Also this is the first film shot entirely in IMAX so if you have the chance you definitely watch it in that format. Oh and of course, wait till the end for the post credit scene.