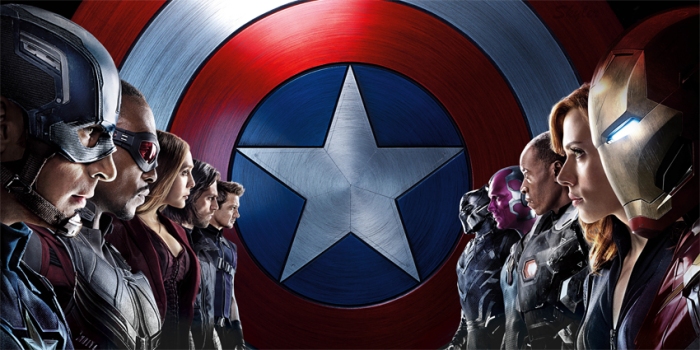 Rated: PG-13 (for extended sequences of violence, action and mayhem)

The life of a superhero must be a tough beat. Not only do you have to risk life and limb to try and save innocent lives, but at the same time your actions can cause harm to the very people you are trying to protect.

With 11 films under the Avengers’ belt, their collateral damage starts to rack up. Seeing the Avengers as a double edged sword that could do more harm than good if left unsupervised, the United Nations seeks to impose the Sokovia Accords. A protocol that would give the U.N. the right to choose when and where the Avengers would be deployed. While some of the Avengers balk at the thought of being nothing more than a loaded gun for the U.N., the others agree that they should be governed, the guilt of the lives they have taken weighing down on them. This dissension among the ranks is the driving force behind the titular conflict, those supporting the Accords rallying behind a penitent Tony Stark (Robert Downey Jnr.), while those siding with the freedom of choice supporting Steve Rogers (Chris Evans). 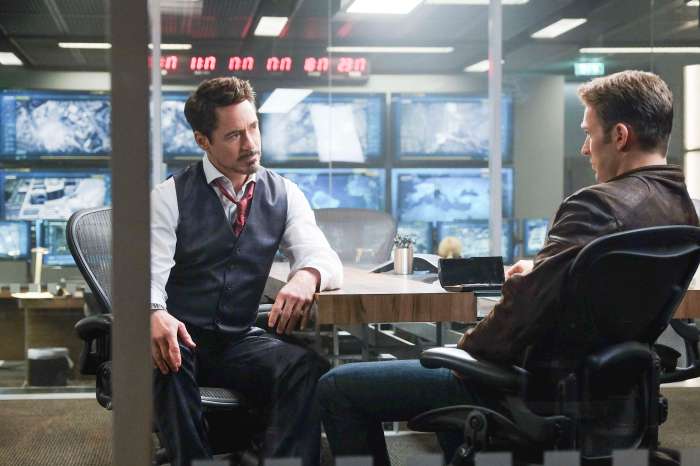 With a story that pits pretty much all the Avengers against each other, whilst also introducing a few new characters to boot, you would think that there would be almost too much going on, or that some of the supporting cast would be given short shrift. And while the start of the film does get a little busy, the script is well paced, balanced and simple enough that it doesn’t get bogged down by its own contrivances. As you would expect from a film called Captain America: Civil War (loosely based on the comic of the same name), there is a lot of focus on Cap as he fights for what he believes in, trying to clear the name of his pal, Bucky Barnes (Sebastian Stan) a.k.a the Winter Soldier. But that doesn’t mean that the motivations of the other Avengers are not fleshed out as well. They each have their own reasons for choosing the side they are on, and you would be hard pressed to pick who is right or wrong as each perspective has merit. 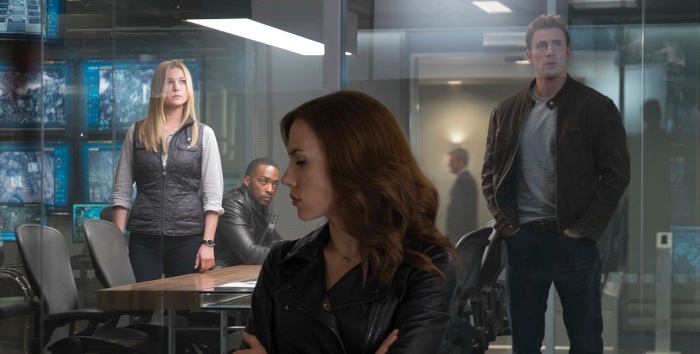 Chris Evans wonderfully plays Cap as a man who just wants to do what is right. Fighting for what his ideals, even when it puts him on the wrong side of the law. His earnestness is belied by the weariness he feels, taking a lot of blame for the plight of the Avengers. But no conflict is one-sided, and Downey gives what must be his most restrained performance as Tony Stark in this film. He too blames himself for the Avengers past transgressions, but unlike Cap, a feeling of hopelessness has come upon him, creating a need to be leashed before causing further harm. The grief within Tony caused by having to fight his former friend is palpable, a sharp contrast to the normally over-the-top playboy. 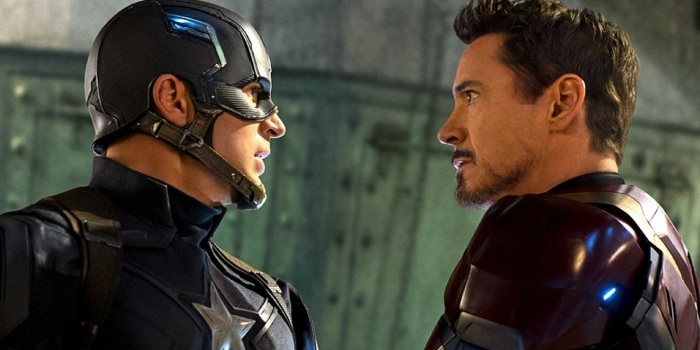 There is so much I could write about the other characters, but the stand-outs have to be Black Panther (Chadwick Boseman), Ant-Man (Paul Rudd) and, of course, the introduction to the MCU that all fans have been waiting for, Spider-Man (Tom Holland). For a supporting character, Black Panther’s arc is surprisingly developed, going from a brash young prince to an introspective king and elegantly setting up his solo movie without it seeming shoe-horned into Civil War. And while Boseman’s character was bordering on the serious side, Rudd as Ant-Man was anything but. His role in the big airport action scene shown in the trailers brought a lot of laughs as well as a lot of wow moments, proving yet again that the Earth’s Mightiest Heroes can be pint-sized. 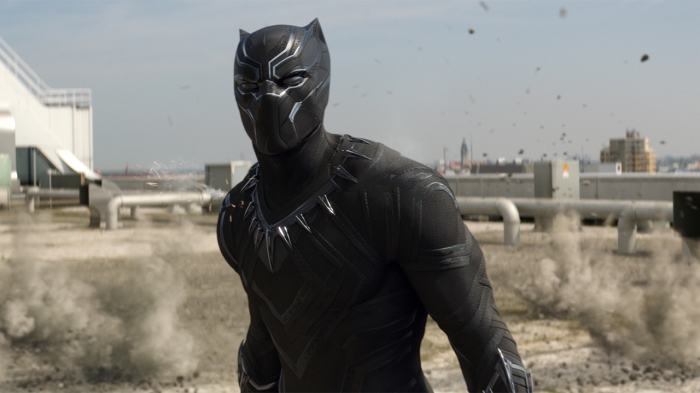 Speaking of wow moments, the biggest laughs and excitement came from seeing the newest incarnation of Spider-Man. From the moment he is introduced as Peter Parker to when we see him face off with the Avengers, Tom Holland fills the spandex suit of the webbed wall-crawler like he was born to it. Finally we get a Spider-Man who’s the right age, with a wise-cracking mouth and the right amount of fan-boy awe you would expect from a 16 year old meeting his superhero idols for the first time. His quips and banter were well-received and proved (unlike another recent superhero movie that will not be named) that no matter how serious the content of a film is, there’s always room for laughter. Heck, even Bucky, the super serious Winter Soldier, made a joke here and there. 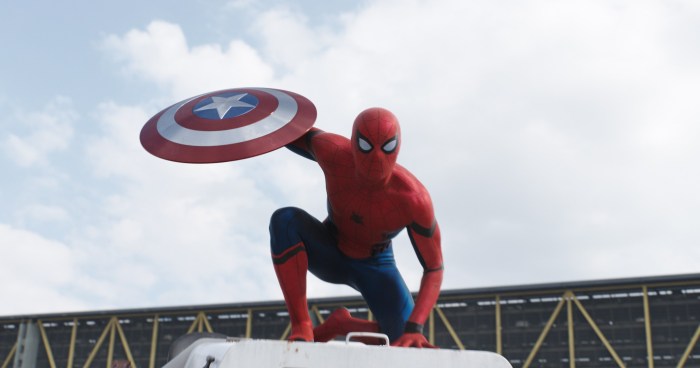 A mention must also go to the fight choreography in the film. From the beginning cold open that features very Bourne-esque hand to hand fighting (with a bit of shaky cam) to the aforementioned airport scene, the action-packed sequences don’t overwhelm the audience. It’s easy to make out what is happening, and yet the shots are still crafted skilfully enough to elicit excitement from the viewer. The fights smartly utilise the strengths (and quirks) of each of the Avengers, teaming them up to come up with inspired combos, like Ant-Man being shot to a target while sitting on Hawk-eye’s arrows, or Spider-Man using Iron Man and War Machine to swing into battle. The airport set-piece was spectacular (pardon the pun), and yet it is one of many powerful sequences in the movie. 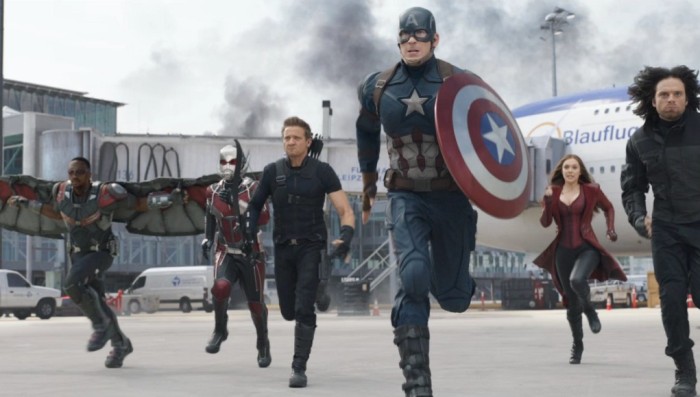 Civil War is finally the Avengers movie that we wanted. Giving us a story that was easy to follow but that also made us care about the characters on-screen, but also delivering a healthy dose of action while setting up the new slate of Marvel movies is no easy feat but the directing team of the Russo Brothers have done it once again. It makes me excited for what Marvel has in store for Phase 3, and all I can say is, “Marvel! Take my money!!!”

P.S. There are two Easter eggs at the end of the movie, so make sure you stick around to the very end.