The latest comedy from writer/director Paul Feig, stars Melissa McCarthy, Jude Law and Jason Statham, mixing the spy genre with the trademark humour that Feig has come to be known for.

Susan Cooper (Melissa McCarthy) is a CIA agent whose marks were off the charts during her training as a cadet. Now, due to a lack faith in her skills, Cooper finds herself providing remote support and guidance to Bradley Fine (Jude Law), a field agent for the CIA. Law as Fine plays to all the stereotypes of a 1960’s gentleman spy. Smooth, suave, sophisticated and very chauvinistic. In reality though, it’s Cooper advising Fine through an ear-piece that gets him through most of the tough situations he finds himself in. 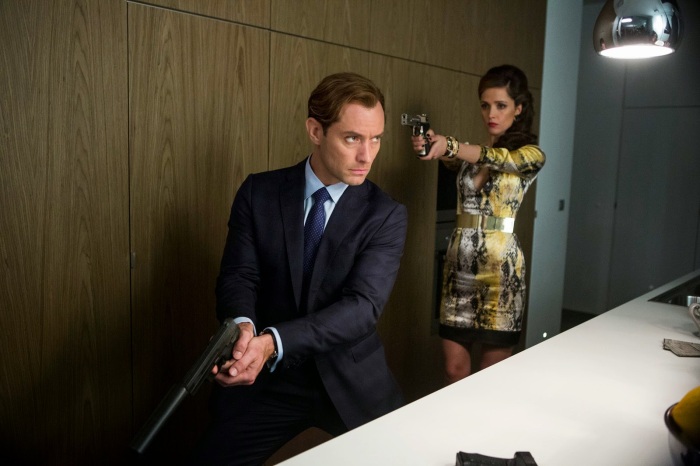 A series of events ends up with Cooper having to go into the field in place of Fine and this is where the meat of the story lies. Instead being fitted out with the cool box of tricks that are normally bestowed to spies of this ilk, Cooper’s gadgets are consist of weapons disguised as haemorrhoid wipes, stool softener and a rape whistle. Supposedly this is to aid the believability of Cooper’s secret identity of a frumpy, middle-aged cat lady.

As mentioned before, the third protagonist in the film is Jason Statham, playing Richard Ford, another CIA agent. Ford is the typical tough guy that Statham plays in all his movies but here, Statham is having a wonderful time sending up his own character, with Ford being a dumb jock who is puffed up with his own self-importance, when in truth he is a fairly average spy. Ford despises the idea that Cooper would make a good spy and does his utmost best to ridicule her at every given opportunity. Laughs were guaranteed whenever Ford was on-screen delivering more and more ludicrous stories of his own aptitude as a spy.

But the real scene-stealer was the Bulgarian arms dealer Rayna Boyanov (Rose Byrne). You can tell that Byrne had enormous fun playing the villainous Boyanov. Equal parts spoilt, cruel and naive, Boyanov’s disgust at Cooper was plain to see and evident in many of her quotable one-liners.

Spy had some surprisingly good action sequences for a comedy, with the fight choreography tight and well shot, and not leaving the audience confused as to what was happening onscreen. The humour too was fast, and almost non-stop, however the jokes didn’t always land and there were many times when there was large pauses in the laughter.

At the end of the day, Spy was an enjoyable film but didn’t really elevate itself from any other action comedy. I would have been perfectly happy watching this at home on DVD rather than seeing it at the cinema.