Burnt is a story of Chef Adam Jones (Bradley Cooper), a chef at the top of his game in Paris until his rock-star life-style of alcohol and drugs caused him to lose his friends, job and career. After spending his time in New Orleans shucking oysters as a means of absolution, Jones decides his time has come to make his return to the world of the culinary arts. Arriving in London, he enlists the help of his former maître d’ Tony (Daniel Brühl), who hesitantly gives him a second chance as the head chef of Tony’s restaurant. Pulling together a crew made up of both former friends (Omar Sy) and new (Sienna Miller), Adam sets his eyes on obtaining a third Michelin Star. However the consequences of his bad decisions in the past add another layer of obstacles in attaining this goal.

At its heart, Burnt is a tale of redemption. A film that shows its main protagonist brought down from his former glory and slowly working his way back to the top. This tale has been done a thousand times in Hollywood and unfortunately Burnt doesn’t really do anything new with the story. It is very cliché-ridden with stock characters, how-ever Cooper makes the best of what he is given, and gives a good performance as the cold and charismatic Adam Jones, who often succumbs to bouts of temper in the kitchen and hides his true emotions under a layer of sarcasm, in true rock-star chef fashion.

While the script doesn’t bring anything new to the table, the shots of the food are as immaculate as the preparation of the dishes themselves. The long slow pan across each dish and their close-ups are truly mouth-watering and the food almost seems to pop out of the screen. For these shots alone, I might be willing to forgive the script’s unwillingness to take chances.

The supporting cast for the film keep up with Cooper, but they too don’t really have much to work with. There is one twist in the movie that I didn’t see coming, but other than that everything else was a standard ticking off the boxes. Even accomplished actors such as Uma Thurman, Emma Thompson and Alicia Vikander only have what amount to cameo roles in the movie, which is a shame because I feel like they could have been used better in the film. 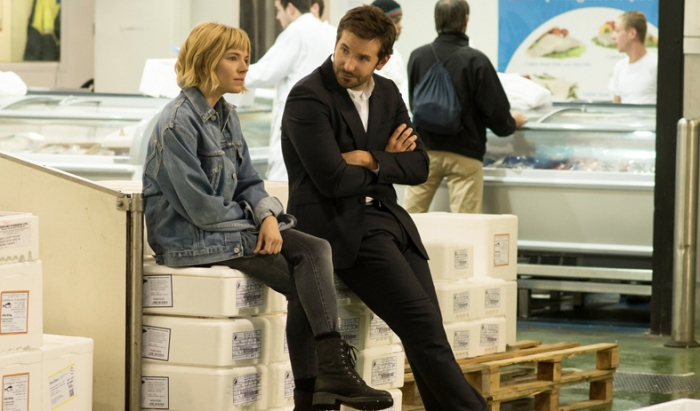 All in all, Burnt is OK, but not something I would go to the movies for. I give Burnt a 6 out of 10. and would suggest that you watch this one on DVD.